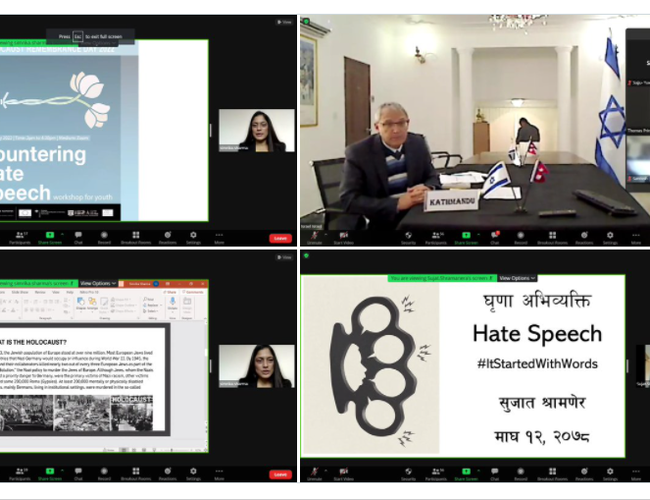 The United Nations Nepal together with the Embassy of the Federal Republic of Germany, Embassy of Israel and Delegation of the European Union observed the 77th International Holocaust Remembrance Day in Nepal today. This the eighth consecutive year they jointly honor the memory of the six million Jews and millions of other minorities murdered during the Holocaust. 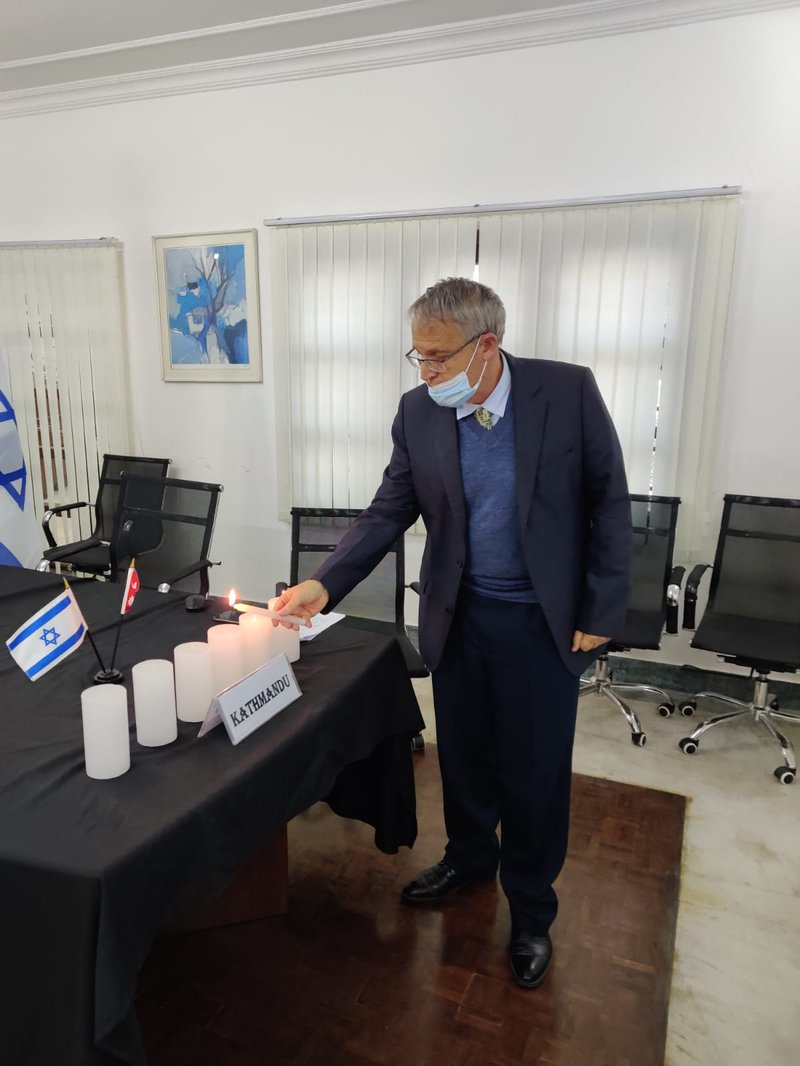 In Nepal, the commemoration of Holocaust Remembrance Day focuses on generating awareness and empowering youth to stand up for human rights, challenge discrimination and foster tolerance, solidarity, and action for lasting impact. On 26 January, as a prelude to this year’s observance, the UN, the three embassies and Yuwalaya, an organisation working for/with adolescents and youth, organized the Countering Hate Speech workshop for youth. Six dozen youth from seven provinces in Nepal participated in the workshop and explored ways of addressing hate speech online. 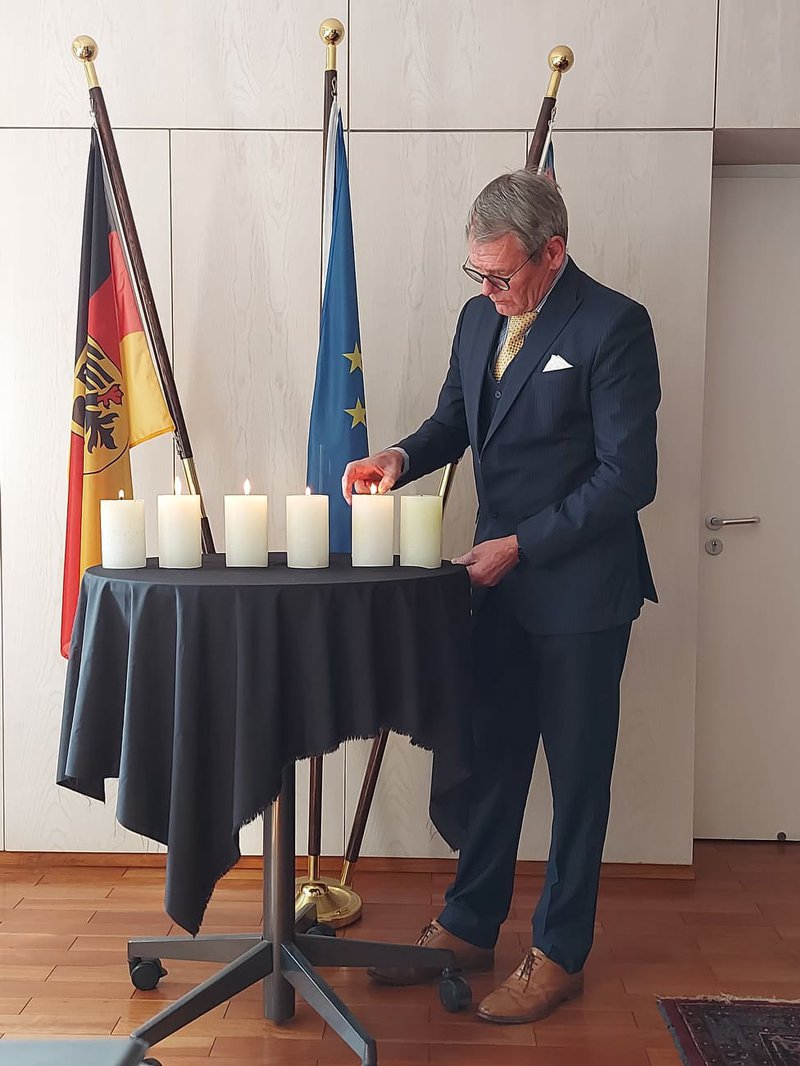 In 2022, this day has a focus on – Memory, Dignity and Justice, because the writing of history and a conscious act of remembering brings dignity and justice to the victims and sheds light on the stories the holocaust tried to erase. This year’s observance was graced by Mr. Ephraim Eisenman, a 77-year-old Holocaust Survivor who shared his story of exceptional courage and resilience.

Speaking at the ceremony, Richard Howard, the UN Resident Coordinator a.i said, “we call upon everyone to have a discussion on how we learn from the past to build our societies today, to work together to build communities that thrive in their diversity and communities in which equality and justice are the guiding light. It is that, for which we must strive.”

Hanan Goder Goldberger, Ambassador of Israel to Nepal, recited the memorial prayer and said Six million Jews were murdered in the Holocaust. Such event should never be forgotten and should never happen again. We must promote values like tolerance, acceptance of the other, nondiscrimination and democracy.

Dr Thomas Prinz, German Ambassador to Nepal, quoted one of the Holocaust survivors and said, “Saul Friedländer in the German Parliament once expressed his hopes that we “continue fighting for tolerance and inclusivity, for humanity and freedom, in short, for true democracy.” I think this is exactly what we have to do.”

Likewise, Ms. Nona Deprez Head of the EU Delegation to Nepal expressed, "we will never accept or ignore Holocaust denial, and will combat firmly any kind of antisemitism, intolerance, harassment or violence against any person or community based on ethnic origin, religion or belief.”

During the ceremony, in honour of the victims of the Holocaust, musicians from the Kathmandu Jazz Conservatory created a beautiful fusion of Nepali folk music using the Sarangi and classical pieces from the Hungarian dance and the Oscar-winning Schindler’s List. 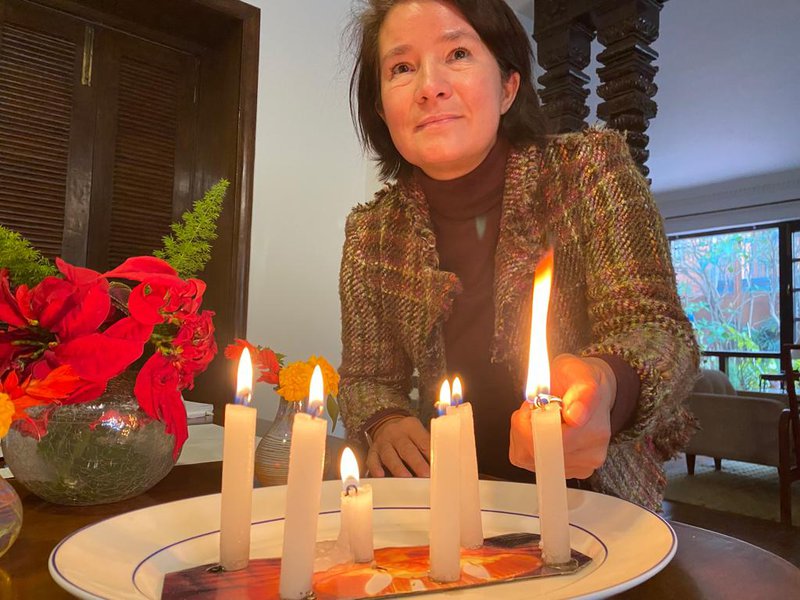 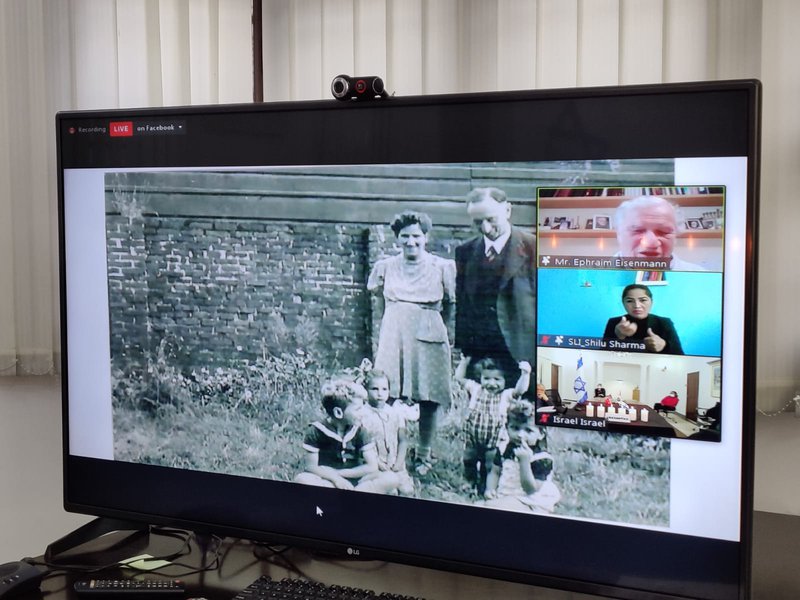 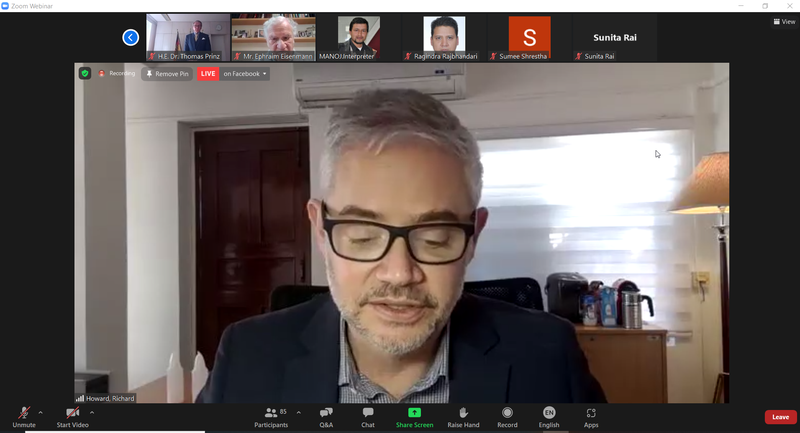 Supporting Nepal Is A Priority For The US: USAID Administrator Samantha Power By Agencies 1 hour, 51 minutes ago