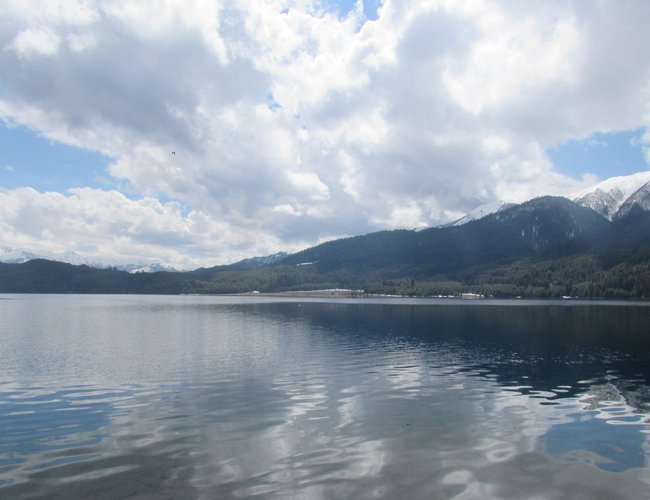 At a time when Nepal celebrate The World Wetland Day organizing various programs, some of the wetland area, considered the earth’s kidney, across the country are disappearing due to human encroachment.

Marked every year on February 2, the slogan for the Day for Nepal is ‘Conservation of marshes, water bodies, ponds and brooks for wellbeing of all’. A national level programme on the conservation of wetlands under the leadership of Madhes Province has been scheduled at the Koshi Tappu Wildlife Reserve (KTWR), said the Department of National Parks and Wildlife Conservation (DNPWC). The programme will be organised jointly by the DNPWC, the Ministry of Industry, Tourism and Forest of the province and the KTWR. The participants are to mandatorily follow the health protocols against ongoing global COVID-19. Chief of the province, Hari Shankar Mishra and Minister for Environment Ram Sahaya Prasad Yadav are slated to attend the programme.

The DNPWC Director General Ram Chandra Kandel said that wetland plays an important role in safeguarding ecology and the environment as well as in reducing impacts of climate change and soil erosion. Besides, it attracts tourists to relish natural beauty, observe wildlife and for recreational activities, he said. As he explained, over use of wetland, land encroachment and lack of maintenance of water sources and marshy areas are among the challenges for protection and management of wetlands. In addition to this, ponds are gradually drying up due to the impact of climate change posing a further challenge in the conservation of wetlands. Bearing this issue in mind, the government has introduced various programmes related to wetland conservation in coordination with the local level. Wetlands cover an area of around nine percent in the world and around five percent in Nepal. Wetlands in Nepal carry the international importance.

The Convention was aimed at protecting and promoting the wetland area worldwide and the World Wetlands Day is observed on February 2 each year commemorating the same day. The Ramsar Convention on Wetlands of International Importance Especially as Waterflow Habitat is an international treaty for the conservation and sustainable use of wetlands. It includes the wetlands of international significance which provide habitat for rare and endangered biological species or ecosystem community. So far 170 countries have acceded to the Ramsar Convention.

The list of wetlands of international importance included 2,331 Ramsar sites in May 2018 covering over 2.1 million square kilometres. The countries with most sites are the United Kingdom with 175 and Mexico with 142. And, the country with the greatest area of listed wetlands is Bolivia, with around 148,000 square kilometres. Nepal had the Koshitappu Wildlife Reserve enlisted in Ramsar on 17 December 1987 and became the state party to this Convention from 17 April 1988.

The Koshitappu, Ghodaghodi Lake area, Jagadishpur wetland region, Bishajari and surrounding lakes, Rara Lake, Phoksundo Lake, Gosaikunda and lakes around it, Gokyo and lakes around it, Maipokhari and the lakes in Pokhara valley are enlisted in the Ramsar. The total area covered by these wetlands is 60 thousand 561 hectares. Wetlands contribute a number of functions that benefit people. These are called ecosystem services and include water purification, groundwater replenishment, stabilization of shorelines and storm protection, water storage and flood control, processing of carbon (carbon fixation, decomposition and sequestration), other nutrients and pollutants, and support of plants and animals. Wetlands are reservoirs of biodiversity and provide wetland products. They also play a role in climate change mitigation and adaptation. —

Conservationist Puskal Bam, who is also the chairperson of the Basanta Protected Forest Council, said that the main reason for the erosion of the wetland area is the indiscriminate exploitation of the lakes and rivers. “The sad reality is that it has become hard to distinguish a wetland from a fishpond?” he said. Earlier lakes of many places have become land these days.

A wetland area is a swampy area where water does not dry out round the year. It is believed that 40 per cent of the earth's creatures, including aquatic animals, birds and wildlife, are directly dependent on the wetland for survival.

Similarly, the wetland area plays an important role in storing water and recharging it underground. It is called the nature’s kidney because it accumulates waste in the water. It is both a breeding ground and playground for many wildlife. For water birds, their whole world is a wetland.