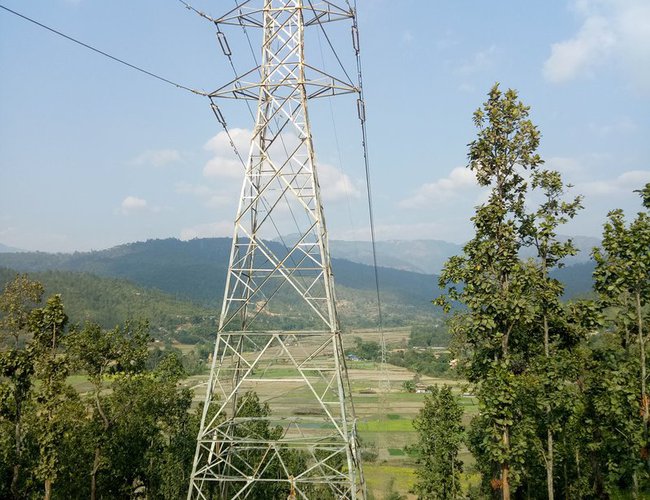 For Managing Director of Nepal Electricity Authority Kul Man Ghising, the completion of 132 kV Solu Corridor Tranmission line is a matter of great satisfaction as he has spent a lot of time to end the obstruction and charge the transmission line.

As he took the charge of MD for the second tenure, he moved to Udayapur and convinced the local community to allow the construction of remaining four towers. In the just seven months into his second tenure, the project has completed and charged again,

After years of delay due to the obstruction created by locals, 132 kV Solu-corridor Transmission line finally charged.

The Solu Corridor 132 kV double circuit transmission line, constructed to supply electricity generated from the hydropower projects of the Solukhola area to the national grid, has thus come into operation.

The transmission line, which was built with the investment of the government of Nepal and a concessional loan from the Export-Import Bank of India (EXIM), was brought into operation by charging it recently.

The length of the transmission line from Mirchaiya of Siraha to Udaypur, Okhaldhunga and Tinla of Dudhkund Municipality of Solukhumbu is 90 kilometers and the number of towers is 302, according to the Nepal Electricity Authority (NEA).

Under the Solu corridor transmission line project, substations of 132/33 kV of 30 MVA capacity and 33/11 kV of 8 MVA capacity have been constructed in Tinla.

The substation construction has been completed and is operational from August, 2019. Electricity will be supplied to Solukhumbu, Okhaldhunga and Khotang from the Tinla substation. 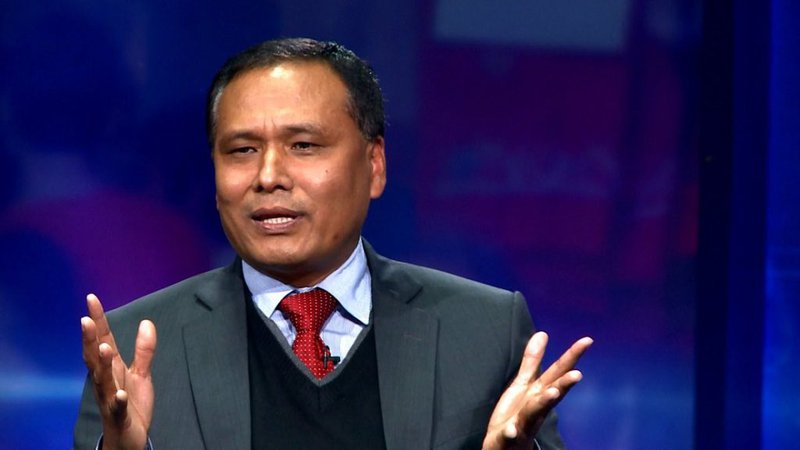 Managing Director of NEA Kul Man Ghising said that there was some delay in the construction of the project due to dispute over selection of contractor, interim order of the Supreme Court, obstruction from locals demanding change of the route and difficult geographical conditions.

"Once the project's electricity flows into the Solu corridor, it can be diverted from Mirchaiya to Saptari, Sunsari, Morang and other districts to supply power. It will also be easier to export surplus electricity to India from Dhalkebar substation," he said.

He said that the electricity service in Solukhumbu, Okhaldhunga and Khotang will be reliable and leakage will be reduced as electricity will be directly supplied from Tinla substation.

The NEA has signed a power purchase agreement (PPA) of 325 MW with 12 hydropower projects in the area after the construction of this transmission line.

The 23.5 MW Solu Khola Hydropower Project was temporarily connected to the 33 kV line from January last year after the construction of the Solu corridor transmission line was delayed.

There was obstruction in Katari Municipality-4, Maruwa of Udayapur for two years demanding relocation of the transmission line.

Project Chief Janardan Gautam said that many problems and obstacles were created in the construction of the Solu corridor transmission line and other projects should be constructed by learning lessons from it.

A contract agreement was signed with the Indian company Mohan Energy in March 2016 for the construction of the transmission line.

The contract agreement was implemented from September 2016.

After years of effort, NEA is finally able to introduce Policy Arrangement To Relocate Electricity Poles. This is going to be another milestone saving time and money of NEA.

Managing Director of Nepal Electricity Authority (NEA) Kul Man Ghising said that a policy arrangement has been made to address the complaints from various quarters, such as obstruction of urban beauty and obstruction of road expansion.

"We have heard a lot of people saying that they will move the poles. We have set clear procedures and criteria to control and manage it," said Ghising.

"People who are in trouble can go to the local office of NEA and apply to solve the problems without following the people who come saying that they will move the poles. After that, the process of technical scrutiny will proceed as per the procedure. The structure will be moved only if it seems possible with options, otherwise it will remain the same," he said.

Nepal Electricity Authority (NEA) has implemented the necessary process and criteria to move the electrical structures (wires, poles and transformers) of the distribution system constructed to supply power to consumers.

The NEA has made the work of moving the structure systematic through the "Procedure on Electrical Structure Transfer." Arrangements have been made in the working procedure for the transfer of electrical structure, technical inspection, approval officer, expenses incurred during the transfer and the obligation to be fulfilled.

The provision has been made to apply to the concerned local office of NEA for the transfer of the existing structure of NEA's existing power distribution system on the land where the house or compound of the person or organization is located. 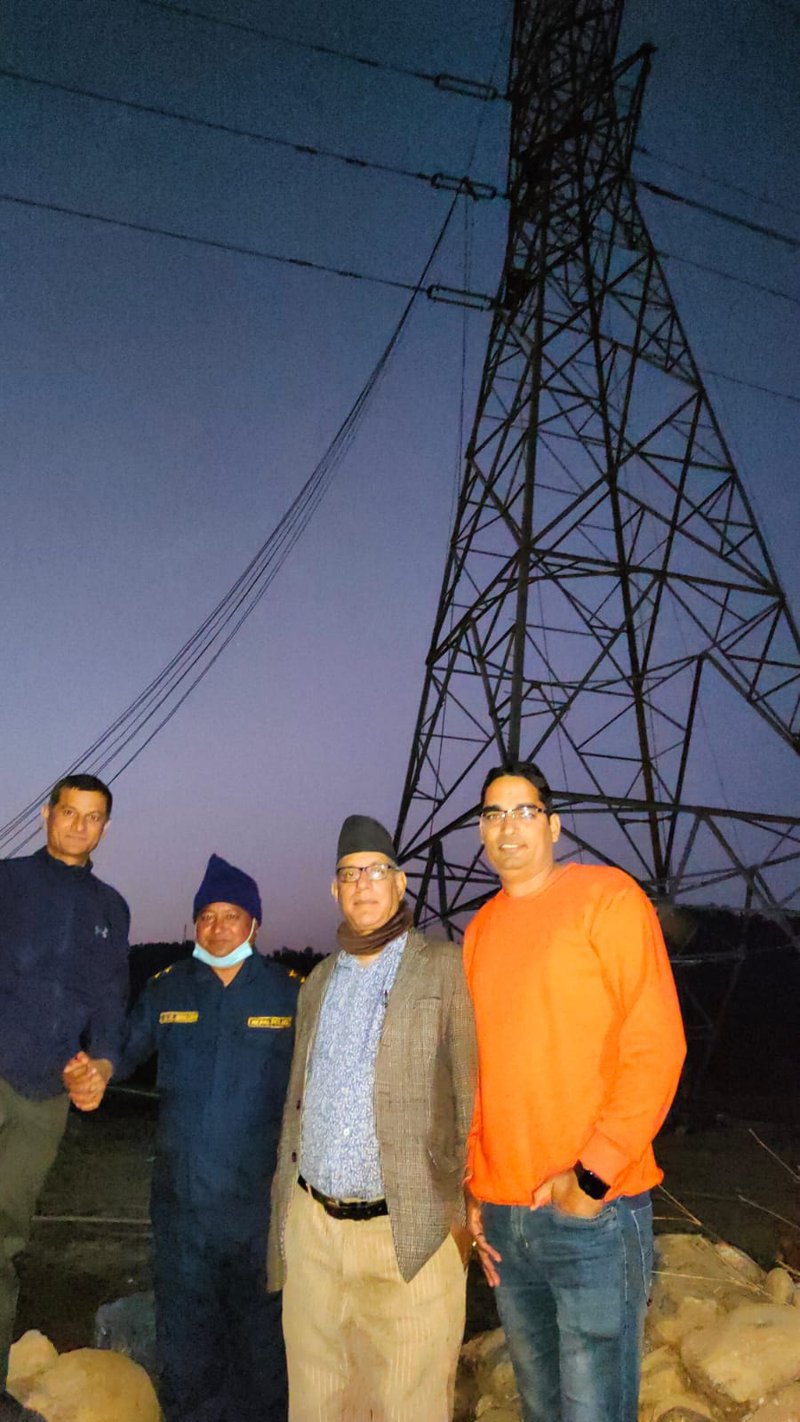 The NEA will relocate the structures including 400/230 volt (LT line), 11 kV and 33 kV line wires, poles and transformers connected to them only if it is feasible after technical inspection.

In various urban areas of the country, including the Kathmandu Valley, requests have been made to the NEA by government bodies, local levels, consumer committees, individuals and organizations to move the electrical structures in the course of road expansion. The NEA has made arrangements to move the electrical structures only if it is deemed appropriate by the technical inspection and ensures that there is no protest at the place of transfer.

The NEA is confident that the procedure of transferring structures, including electric poles, wires, transformers, approving authority and who will bear the cost of relocation is clearly managed in the working procedure.

Along with the application, documents including citizenship, copy of land ownership certificate, recommendation of the concerned local level should be submitted. However, any office of the government of Nepal or a government-owned entity must send a letter stating the reasons for the transfer.

The chief of the local office of NEA should conduct a technical check within 15 days of receiving the application for transfer of structure.

On-the-spot inspection of the site will be carried out on the basis of easy access to maintain the electrical structure, the structure will be organized and safe and others will not be affected, read the press statement of NEA.

Responsible persons have been assigned to approve the transfer if it seems appropriate in the on-site report through the procedure.

The provision has been made that the overhead line on private land cannot be placed underground in the same land.

If the structure of other bodies (telecommunication, cable, drinking water, etc.) is affected, the consent of the concerned body has to be submitted.

At the request of the locality, 70 per cent of the cost of relocating the electrical infrastructure will be borne by the local level and the remaining 30 per cent will be borne by the authority. If the structure has to be transferred at the request of the individual/institution/body, the applicant will have to bear the entire cost. The NEA will complete the transfer of pole within three months, six months and a year of the cost deposited by applicants based on cost estimates up to Rs. 500,000, Rs. 500,000-2,000,000 and more than Rs. 2,000,000.

The completion of Solu-corridor, with the policy change, is going to be a game changer in the NEA.

NEPALESE ECONOMY Growth 5 Percent By A Correspondent 3 days, 11 hours ago