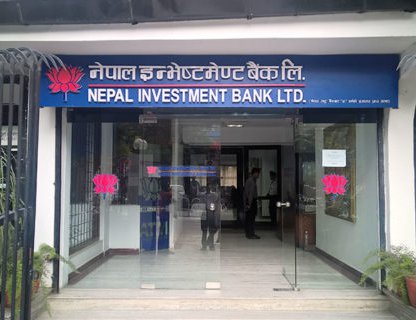 Nepal Investment Bank Limited (NIBL) has successfully concluded its 36th anniversary celebrations. This year the bank celebrated its 36th year in operation by conducting a series of social, sports and financial awareness programs.

A day filled with various team-building sports activities such as football, basketball, tug of war, chinese whisper and pyramid relay was arranged at the premises of St Xavier’s School Jawalakhel, urging active participation from our staff both inside and outside the valley. In similar fashion, to previous years a blood donation program has been organized to be held on Sunday 27th of Februaryat our head office premises. A 36th-anniversary special fixed deposit scheme titled “Gajjab Chha Fixed Deposit” which multiplies the deposited amount by 6 in 20 years was launched with the intention of promoting financial stability and saving habits amongst our clients.

On the occasion, the Bank has also launched its 4th Comic Book titled “Bachat garner kaida, digital banking ko faida” This comic is part of a series and in line with the previous three comics; "Hamro such a dukha ka sathi, bank kati jaati”, “A Visit to the Zoo” and “Bank Sangako Naata, Mero Aafnai Bachat Khata” promoting financial literacy throughout.

NIBL has been catering to its customer from 88 branches, 131 ATMs, 21 extension counters, 10 revenue collection counters and 58 branchless banking counters. The Bank, being the recipient of five Bank of the Year awards for exemplary service and business, was accredited with Euromoney awards for “Best Bank 2018” and “Best Bank 2021” from the international publication - Euromoney. Further, ICRA Nepal (International Credit Rating Agency- Nepal) has given the bank a credit rating of A.