EU To Fund Purchases, Transfers Of Weapons To Ukraine

EU To Fund Purchases, Transfers Of Weapons To Ukraine 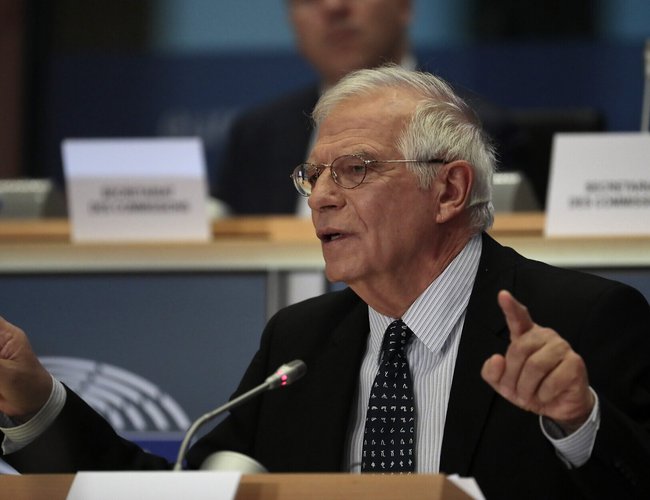 The European Union has decided to finance the purchase and delivery of weapons and other equipment to Ukraine.

This is the first time the EU has decided to provide such aid to a country that is under attack.

The decision came on Sunday, at an online meeting of its foreign ministers.

The EU says it will reimburse purchases and transfers of arms from its member nations to Ukraine.

EU foreign policy chief Josep Borrell unveiled the support worth 500 million Euro. He said "We are doing everything we can to support Ukraine."

Britain and some EU member countries, such as Germany and France, had already declared a ban on Russian use of their airspace.

Airlines may also have to review flight routes between Europe and Asia as many of them pass through Russian airspace.