Nepal Received Idols From US

Nepal Received Three Idols From US 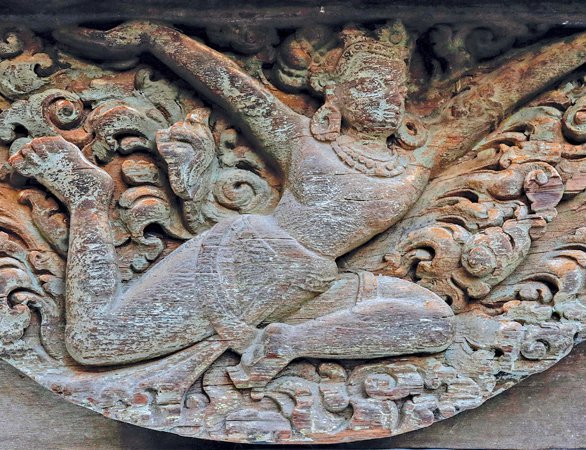 Two stolen artworks, which includes an idol and a strut, arrived in Kathmandu from Rubin Museum of Art, New York on Wednesday along with a separate Malla-era stone Buddha sculpture from the Tibet House of Manhattan.

Dr. Jorrit Bitschgi, executive director of the Rubin Museum, and Michelle Bennet Simorella, director of its Curatorial Administration and Collections, handed the two artefacts in its possession to the Department of Archaeology (DoA) at a press meet held at the Department. The antiquities handed over by the museum include the upper section of a 17th century frieze (Torana) and a 14th century garland bearing flying Apsara/Gandharva.

The Torana was lost from the main door of the Yampi Mahavihara, I-Bahi, Lalitpur, and the flying Apsara is originally from the Keshchandra Mahavihar, Itum Bahal, Kathmandu. According to Rubin officials, the Apsara was added to the museum’s collection in 2003 while the Torana arrived there in 2010.

Receiving the objects, Minister for Culture, Tourism and Civil Aviation Prem Bahadur Ale said that the warm response by and thoughtful collaboration with the Rubin Museum had positively contributed to the repatriation of the lost artefacts.

He also thanked Rubin officials, officials of the DoA, art lovers and the media for their support in bringing these articles back to Nepal.

Damodar Gautam, director general of DoA, informed that Rubin had borne the costs for returning the objects and thanked Dr. Bitschgi and Simorella for coming to the country to return the items reports The Rising Nepal.