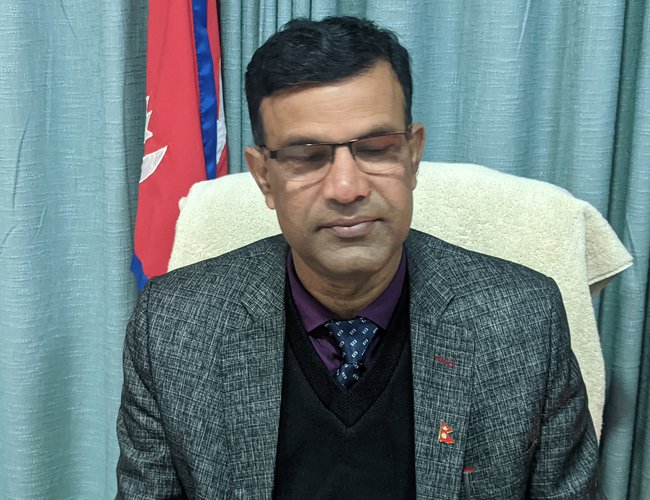 How do you look at your 35 months in the commission as the chairperson?

I was appointed the chairperson of the commission 35 months ago. I have submitted three annual reports before the President of Nepal as scheduled. In keeping with the role, responsibility and obligation given by the constitution and law for public accountability, we have been giving high importance to the timely publication of the annual reports, which include all our early activities. Despite Covid-19, we have been able to fulfill our legal and constitutional responsibility, duty and accountability in presenting the annual reports to the president.

Have you ever been summoned by Parliamentary Committee to discuss your reports?

Out of three reports, our first report was widely debated and discussed in the Women and Social Affairs Committee of House of Representatives and the National Concern and Coordination Committee in National Assembly. Members of the parliamentary committees of both the houses raised various questions on our report and we clarified them. Members of the parliament suggested what the commission needed to do for the future. The members also suggested how to make the commission activities more effective and accountable.

Have the reports been discussed at the provincial level?

Along with the Federal Parliament, we also tabled our reports before the Provincial Assembly of seven provinces and through them to the local level for discussion. This shows that the commission submitted its reports to the federal, provincial and local level government. This is necessary because one of our main roles is to support all three tiers of government to formulate policies to protect the interest and rights of Madheshi communities. Although I was alone for almost two years, the commission continued its work.

How do the Madheshi people respond to the Commission?

People from the Madheshi communities have high hopes for the commission. For example, we have received 400 various complaints in one year and over 1000 in the last three years.

How do you proceed with the complaints?

After studying the complaints, the commission forwards them to the concerned agencies for action. To learn of the reactions, we have recently constituted a separate committee to see how agencies addressed the complaints forwarded by us. A committee headed by a member is collecting the data and working to prepare the progress chart.

Do you receive verbal complaints?

Along with 400 written complaints, we also received hundreds of calls in the last three years, on an average of 10 to 20 verbal complaints, through the toll-free telephone. I believe these incidents show that the Madheshi people have trust and high hope towards this commission.

What is the reach of the commission?

The commission has been active throughout the country. You can find our presence in Bhajani of Kailali to Panchthar of Province 1. By using modern telecommunication technology, the internet and social media, we have been encouraging people to come to us with their grievances, complaints and discontents. We have a toll-free hotline where people can call us anytime to register their complaints. We have our website and the commission has like pages in all major social media including Facebook and Twitter. Since everyone has a mobile phone in their hands, they file complaints whenever they feel discriminated against. Since the phone is toll-free, people reach us. We are also in close collaboration with civil society members, Madheshi civil society organizations and individuals in all the provinces and local levels. We have platforms at all the provinces and state levels. This is a commission formulated for the first time in the history of Nepal to address the discrimination, concerns and issues of Madheshis.

What about the resources to hold different activities?

The preliminary results of the current census have shown that over 53 percent of the population lives in Madhesh. However, the commission has very little physical and human resources. However, we have been using different agencies to increase the accessibility of the people. As we don’t have human and financial resources, we have been doing this with close collaboration with all three tiers of government, federal, provincial and local. For instance, we reached the spot to address the demand by farmers and settled Kisan Andolan. A team led by members of the commission took the issue before the chief ministers of the provinces and concerned officials -- farmers did not have to come to Kathmandu and their issues were settled at the spot this time.

What kinds of complaints do you receive?

What is the state of your annual budget?

We have to work in large areas to address the issues of larger communities. However, the government provides us a very nominal budget or budget just enough to pay the salary of commissioners, employees and house rent. We just have additional Rs. 600,000.00 budget annually. How can we pay TA and DA to our members and commissioners in case they want to fly outside Kathmandu? My three years’ experience has shown that the government has Astabakra Drishti (negative view) towards us. Madheshis aspire more from the commission but the state has not been showing interest in the commission.

What do you expect from us giving Rs.600, 000 annual budget to perform other activities? We have just budget for salary and house rental charge and miscellany including petrol, electricity bills. The commission is in a serious financial crisis.

How have you been working then?

How do you get resources then?

Despite financial constraints, the commission has done everything possible to have the best results. We have already handed over five years plan, policy guidelines and other necessary suggestions for amendment of existing discriminatory laws, regulations and policies. We are now working on preparing a recommendation in listing the Madheshi community. This will be for the first time in the history of Nepal to have a list of Madheshi communities. We are now preparing to submit the third listing to the government by April. As the census has already published the report, we do have now the latest numbers of the integrated population of Terai Madhesh. We have published the district-wise population of Madehshis based on the earlier census. Since we have now a new one, we will publish the new list very soon. For service delivery and reservation, what is required is the data. Once we publish the list of the Madheshi population, it will help the reservation and service delivery which is one of the main objectives of the commission as well.

What complaints does the commission normally receive?

Are you also receiving the suggestions to improve it?

We are receiving a lot of suggestions with a demand to amend the provision of reservation so that only down-trodden and poor Madheshi should get priority. The targeted population has been unable to get the benefits of reservations. We have been currently undertaking a study on the discrepancy on the reservation between poor and rich. We have identified several classes within the community and issues. There are poor, marginalized, middle class and rich among the community.

What about the state of the Madheshi Dalit?

As we are in the final stage of publishing the third listing, this will look at the issue of Madheshi Dalit. Currently, all are Madheshi who have similar cultural and social identities. The commission is taking care of all Madheshis. This includes indigenous and Dalits, with shared similar social and cultural identities. We will address the Madheshi Dalit as well. We also received a number of complaints from Madheshi Dalits. Out of 26 castes in Dalit, 19 are from Madheshi. This showed overwhelming majority are Madheshi Dalits. It is unfortunate that Pahadi Dalits are taking all the pies of the Madheshi Dalit. If you can compare the situation in terms of getting the benefits of reservation of Dalit, not a single Madheshi Dalit got the reservation allocated to them in the last seven years. All reservation goes to Pahadi Dalit. Out of 13 Janjatis, 9 are from terai. Out of 9 Madheshi Janajati, none of Madheshi Janjati secured benefits under reservation allocated for them. Madheshi Dalits and Madheshi Janjati came to our commission and filed complaints on this. They have been demanding separate clusters within Madhesh based on our population. They also demanded that all Madheshi Dalits and Janjatis should be given reservations on the basis of population.

There are four most important problems among Madheshis. First is the lack of awareness. As long as there is lack of awareness, transformation is impossible and transformation is necessary for empowerment. Finally, only the empowered population has access. In the present reservation format, the lower class, pichada barga and marginalized classes are yet to reap any benefits. As these groups lack awareness, they don’t know about the reservations. We have been conducting studies and research on all these issues now. We have recommended to the government the step needed to be taken to wipe out existing bad social practices like the dowry system and superstition.

How do you look at the duty of the commission?

The law provides us with 18 kinds of duties and responsibilities. We have been working to fulfill all our duties. Under the legal provision of evaluation, Justice and Human Rights Nepal, an independent evaluation group, has been evaluating the performance of all 7 commissions formed under part 27 of the constitution of Nepal. It is satisfying to say that our commission secured the first position in terms of our actions, performance and style.

How is the parliament responding?

Now the parliamentary committees are defunct due to political reasons. I had the opportunity to attend the national coordination committee of the National Assembly and Women and Social Affairs Committee of the House of Representatives. Since the appointment of four members last year, the commission has taken full shape now. However, I have been able to present three reports fulfilling the constitutional duties and obligations despite the Covid-19 pandemic. Out of our three reports submitted to the President, one of our reports has already been discussed in the Women and Social Welfare Committee of the House of Representatives.