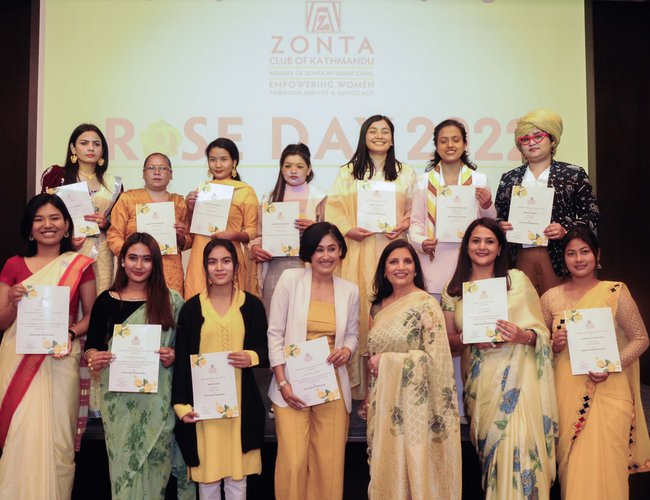 Zonta Club of Kathmandu honors twelve inspirational and courageous women for their achievements regardless of their circumstances on the occasion of the International Women’s Day annual “Yellow Rose Day” on March 6.

The awardees shared their journeys of how they succeeded in breaking the glass ceiling. Sharing and rejoicing the stories of such empowering women has undoubtedly made a difference in society and serves as an immense source of encouragement to all the women in the country. 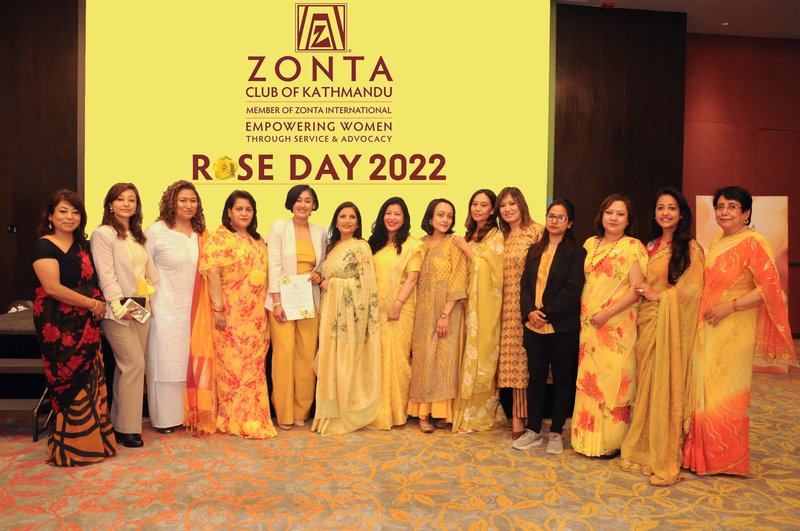 Likewise, the Zonta Club of Kathmandu awarded Rs. 35,000 each supported by Nabil Bank to four other women under the title of Unsung Heroes as an appreciation for their extraordinary work that has helped to shape the attitude of the society towards women. They have been inspiring and working against the odds.

These women are working in sectors, which are traditionally male-dominated. It was an honor to recognize and appreciate these courageous women who are inspirations in their genre of works.

These include Rejina Basnet, a ticket collector at Sajha where she collects fares and issues tickets, Sarita Chepang, the first nurse from her community in Rorang Rural Municipality-10, Ishwori Thapa, the 1st female taxi driver in Nepal and Manu Thami, the only woman who fixes windows and doors.

Addressing the program Seema Golcha said, President of Zonta Club of Kathmandu said that Zonta celebrates Women's day by appreciating women who are creating a thriving society where equality prevails.

She said that a society where women do not have to prove that they are fit to lead. Where they are appreciated and honored on their merit. “Having women in a leadership position should be a norm, not an exception," added Golchha. 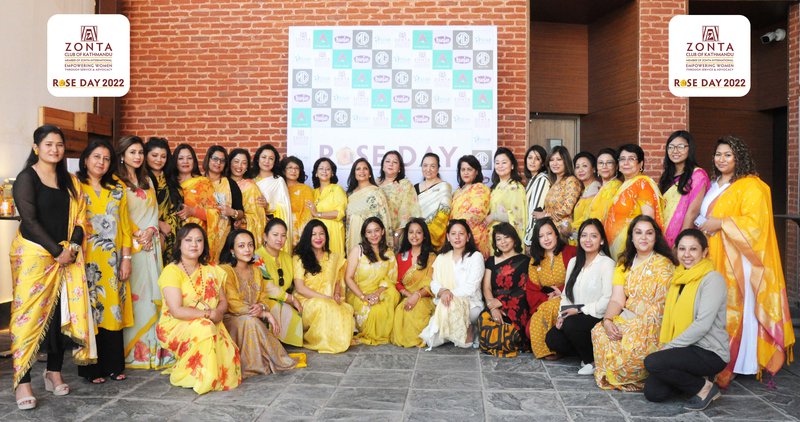 Zonta International, founded in 1919, is a leading global organization of professionals, empowering women worldwide through service and advocacy. It envisions a world in which women’s rights are recognized as human rights and every woman is able to achieve her full potential. In such a world, women have access to all resources, are represented in decision-making positions on an equal basis with men and no women live in fear of violence.

Under the umbrella of Zonta International, the Zonta Club of Kathmandu was established in 2012. It is a legally registered NGO in Kathmandu and has been working on the advancement of the status of women with the objective to improve the economy, education, health, and issues related to youth and violence against women at the national and local level through service and advocacy. Nepal is the 64th country to be officially charter.

MCC-Nepal Issued An Tender For The Construction Of a Transmission Line By Agencies 10 hours, 4 minutes ago