Nepal And South Africa Signed Declaration Of Intent On Cooperation

Nepal And South Africa Signed Declaration Of Intent On Cooperation 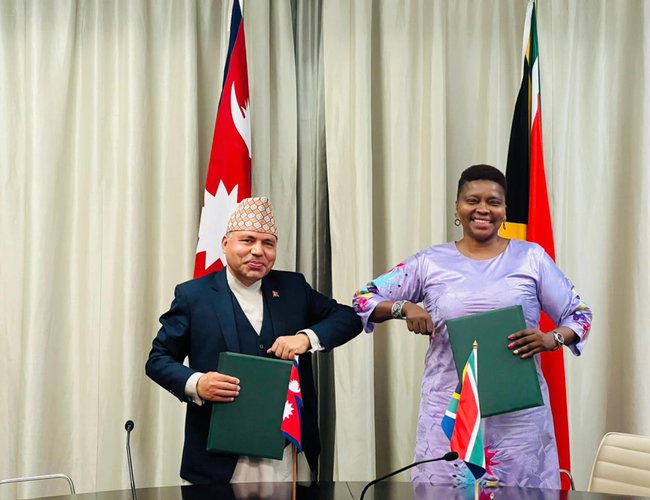 Foreign Secretary Bharat Raj Paudyal and Acting Director General of the Department of International Relations and Cooperation (DIRCO) of the Republic of South Africa Nonceba Losi signed the Declaration of Intent on Cooperation on behalf of their respective Governments in Pretoria today.

Addressing the Signing Ceremony, Foreign Secretary Paudyal stated that the Declaration will provide a fundamental basis for further strengthening of bilateral cooperation between Nepal and South Africa.

The Foreign Secretary recalled Nepal’s solidarity with the South African people in their struggle for freedom, dignity and equality. Acting Director-General of DIRCO Losi warmly welcomed the Nepali delegation and stated that this day would mark the new beginning in the friendly relations between Nepal and South Africa. She appreciated Nepal for firmly standing by the side of the South African people in their fight against apartheid. 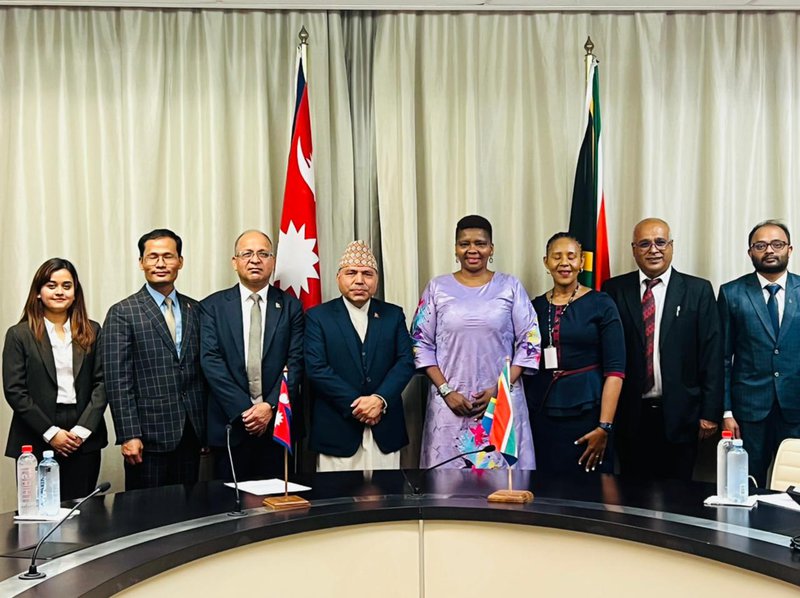 The signing ceremony was followed by the First Nepal-South Africa Bilateral Consultation meeting. The meeting discussed a wide range of issues of bilateral relations between the two countries, including trade, tourism, foreign direct investment, people-to-people contacts, and cultural cooperation as well as exchange of UN peacekeeping experience. The second meeting of the bilateral consultation mechanism will be held in Kathmandu in 2024.

In an interview with Ubuntu Radio run by DIRCO, the Foreign Secretary highlighted key priorities of the Government of Nepal and potential areas that the two countries could explore to add more substance into their bilateral relations.

The Nepali delegation led by the Foreign Secretary comprised of Mr. Harishchandra Ghimire, Joint Secretary at the Ministry of Foreign Affairs, Gyan Bahadur Magar, Charge´d'Affairesa.i. at the Embassy of Nepal in Pretoria and other officials of the Ministry and the Embassy