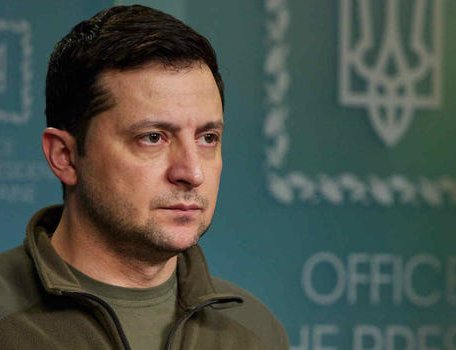 Ukrainian President Volodymyr Zelenskyy said on Wednesday that a maternity hospital in the besieged port city of Mariupol was hit by a Russian airstrike, calling the attack an "atrocity."

Zelenskyy tweeted that people, including children, were under the wreckage. He demanded that the Russian military stop the killings.

According to international media, 17 people were injured in the attack.

British Prime Minister Boris Johnson tweeted, "There are few things more depraved than targeting the vulnerable and defenceless." Johnson said his government will "hold Putin to account for his terrible crimes."

President Biden In State of Union Exhorts Congress: ‘Finish The Job’ By Agencies 2 hours, 49 minutes ago