Nepal Needs Support Of India And China For Its Development: PM Deuba

Nepal Needs Support Of India And China For Its Development: PM Deuba 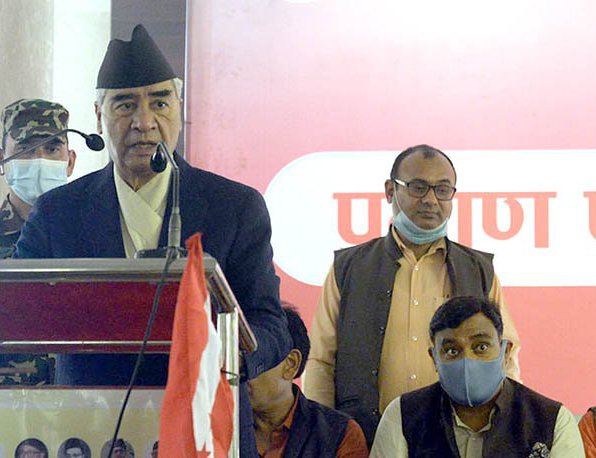 Prime Minister Sher Bahadur Deuba said that Nepal remaining between the two giant nations: China and India, has the policy of seeking the support of both neighbors for its development endeavours and establishing balanced and friendly relations with them and it is the need too.

Addressing the program in Parsa, Prime Minister Deuba has said the Millennium Challenge Corporation (MCC) compact which was recently ratified by the House would prove its significance in terms of the development of Nepal.

As he explained, the MCC is a grant from the US Government and the country would see a good pace of development ahead if it was fully utilised.

In his address to a programme organised by the Nepali Congress (NC), Parsa in Birgunj, he expressed his hope that the proper utilisation of the aid would provide a ground for other prosperous nations in the world too for investing and helping us fight unemployment, poverty and economic backwardness.

The programme was organised to mark the certificate handover ceremony to office-bearers and members of the party’s new district working committee reports RSS.