All Households In Karnali Will Get Electricity In Next Two Years: MD Ghising

All Households In Karnali Will Get Electricity In Next Two Years: MD Ghising 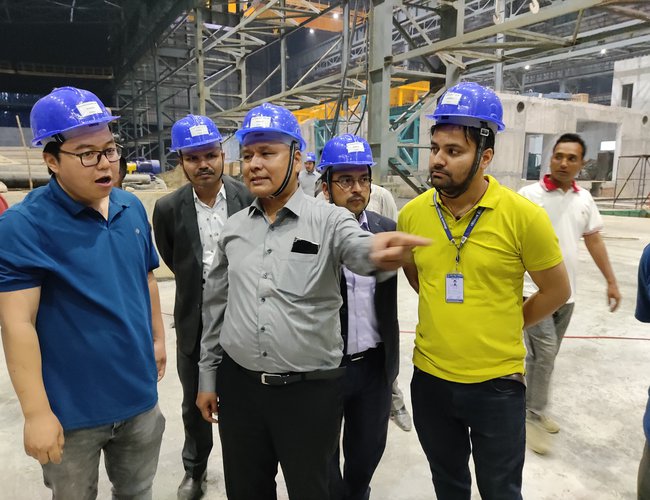 He said that despite some delays in electrification in the districts owing to geographical difficulties, work is underway to supply electricity to all households within two years.

Ghising said that electrification would be completed with solar and micro hydro projects through alternative energy promotion centres in the areas where the national grid has not reached.

"The cost of electrification in Karnali and the revenue from the electricity consumed here do not even cover the cost, but as the state has the responsibility to supply electricity to all households, we are working to supply it to all people as a basic necessity without looking at profit and loss," Ghising said.

The government is electrifying the hilly districts of Lumbini, Karnali and Sudurpashchim provinces with concessional loans of about Rs. 25 billion from the Asian Infrastructure Investment Bank (AIIB) and the European Investment Bank (EIB).

Nepal Electricity Authority (NEA) is going to fully electrify 10 districts of Karnali Province within the next two years. The NEA has taken forward electrification programme with the aim of providing electricity to every household in Karnali within two years.

Electricity has reached 393 of 718 wards of the municipalities and rural municipalities. The overall electrification in the province stands at 44.93 per cent.

The expenditure has been made from the government and a portion of NEA's profits on expanding electricity to the region, he said.

Ghising said that the contract of the non-performing contractor would be terminated and new one would be selected through a new process.

Electricity is being supplied through 33 kV and 11 kV long transmission lines, and there is a problem of line tripping. Transmission lines have been taken from Kohalpur in Banke and Tulsipur in Dang to supply electricity to the province.

Eleven 33/11 kV distribution substations are under construction in the districts of the province. With the completion of the Kohalpur-Surkhet-Dailekh 132 kV transmission line and 132/33/11 kV substation in Surkhet and Dailekh, the power supply of Karnali region will be reliable and of high quality.

The government has provided up to 20 units of energy free of cost to household customers with 5 ampere meters. Such customers have to pay a minimum of Rs 30. Karnali accounts for 0.8 per cent of NEA's revenue from electricity sales.

Operation of substation in Kalikot

The 33/11 kV, 3 MVA substation constructed temporarily in Kalikot has come into operation from Sunday.

Dailekh-Kalikot line, a 66 km 33 kV line, has also been brought into operation. A 33/ 11 kV substation is also under construction in Kalikot.

According to Shambhu Kusiyat Yadav, chief of NEA's Karnali regional office, power supply to Kalikot and Jumla will be improved after the temporary substation comes into operation.

"Currently, electricity was being supplied to Jumla from Dailekh through a 150-km-long 11kV line. Now, the power supply to Jumla and Kalikot will be improved by providing power from this substation," said Chief Yadav.

If there is a problem in Jumla now, Kalikot and Dailekh would also be affected.

New Technology In e-cooking And Biogas Can Be Supplied To Nepal: ATEC CEO Ben Jeffreys By NEW SPOTLIGHT ONLINE 1 day, 13 hours ago

Replacing The LPG By Electricity Is The Priority Of The Government: Minister Karki By NEW SPOTLIGHT ONLINE 3 days, 3 hours ago

Nepal Imported LPG Worth Of Rs.52 Billion In The Last Ten Months By NEW SPOTLIGHT ONLINE 3 days, 15 hours ago