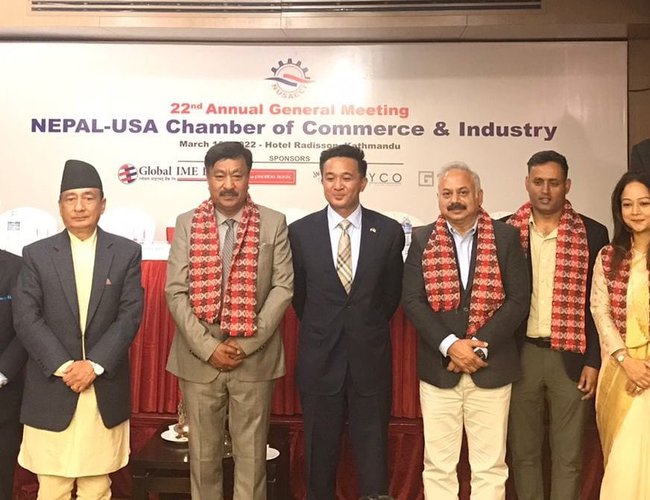 According to The U. S. Embassy Facebook homepage, Chargé d‘Affaires Manny Micaller attended the annual general meeting of NUSACCI, a Nepali business association established in 1995 and comprised of 80+ Nepali firms that seek to do business in the United States.

Micaller highlighted NUSACCI’s support for the job-creating and economy-boosting Millennium Challenge Corporation - MCC Compact at a time when there was an inundation of disinformation and misinformation against it. Micaller commended NUSACCI’s principled stance which showcased corporate responsibility.

He noted American companies such as Visa, Coca-Cola, Starbucks, McDonald's, Goldman Sachs, and others were demonstrating the importance of global social responsibility. Within the last month, those American companies closed locations or paused their operations in Russia in support of the Ukrainian people.

MCC-Nepal Issued An Tender For The Construction Of a Transmission Line By Agencies 9 hours, 11 minutes ago