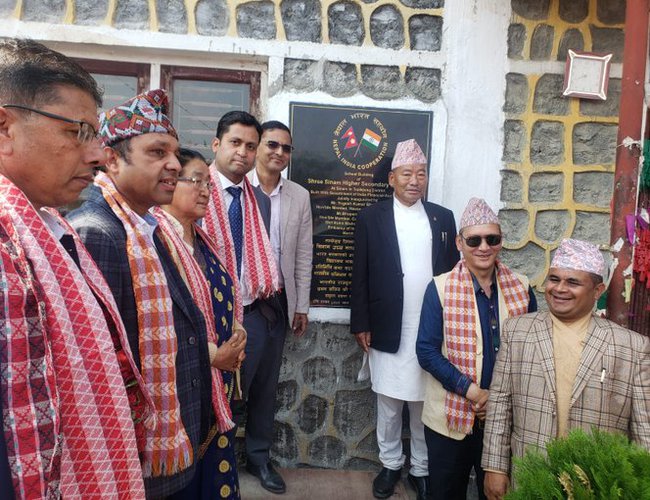 This is one of the 75 projects being inaugurated this year in Nepal as part of “India@75 AzadiKaAmritMahaotsav” which celebrates 75years of India’s independence. 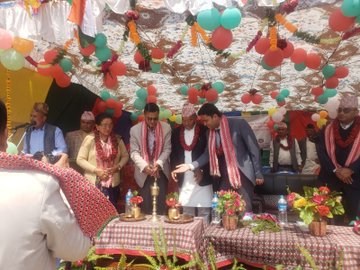 Two new buildings for the school have been constructed at a cost of NRs. 31.00 million under India-Nepal Development Cooperation with Government of India’s financial assistance. The school, set up in 1950, currently has 1600 students.

Since 2003, India has taken up over 523 HICDPs in Nepal and has completed 467 projects. Amongst these, 78 Projects are in Province-1, including two projects in Taplejung District. In additionto these, Government of India has gifted 7 ambulances to various health posts in the district.

As close neighbors, India and Nepal share wide-ranging & multi-sectoral cooperation. The implementation of this project reflects the continued support of the Government of India in bolstering the efforts of the Government of Nepal in upliftment of its people in priority sector