Nepal Exported Over Rs. 76 Billion Worth Of Palm And Soybean Oil

Nepal Exported Over Rs. 76 Billion Worth Of Palm And Soybean Oil 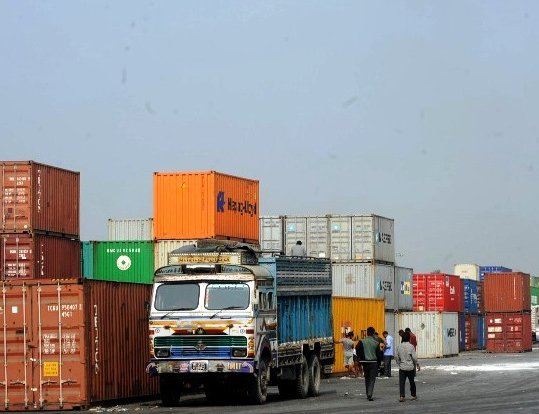 The Department of Customs informed that Nepal’s export trade has increased by 82.90 per cent to Rs. 147.74 billion during the first eight months (mid-July, 2021 to mid-March 2022) of the current fiscal year.

According to the foreign trade statistics published by the Department, Goods worth Rs. 80.77 billion had been exported during the first eight months of the last fiscal year.

Soybean oil and Palm oil dominated Nepal’s export items. However, both the products use just a small portion of Nepalese component. Nepal exported soybean oil worth Rs. 41.40 billion and palm oil worth Rs. 35.32 billion during the review period.

Even though exports went up significantly, the ratio of export to import is still 1:8.86. The share of export in the total foreign trade is only 10.14 per cent while that of import is at a whopping 89.86 per cent.

Meanwhile, import trade increased by 38.64 per cent to Rs. 1,308.73 billion during the review period. In the same period of the last fiscal year, the country imported goods worth Rs. 943.98 billion.

However, the export of these goods may be affected in the days to come as the import of crude oil from Ukraine has started being affected due to the Russia-Ukraine conflict.

NRB'S DECISION Surrounding Controversy By A Correspondent 2 days, 15 hours ago