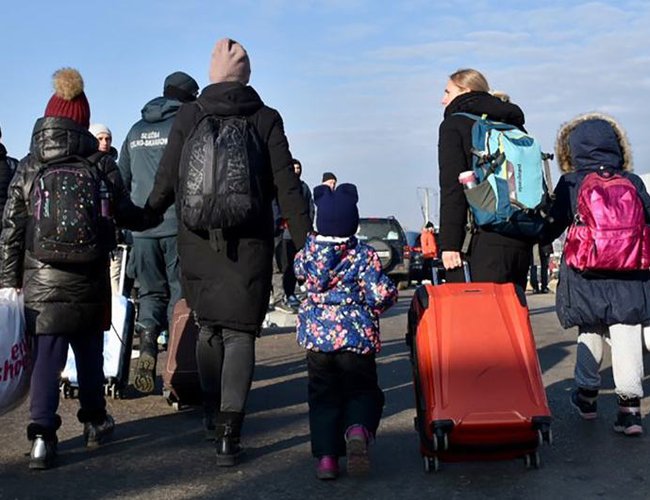 She said, "Children's safety, wellbeing and access to essential services are all under threat from non-stop horrific violence."

The UN children's agency says more than half of Ukraine's children have been displaced since Russia invaded that country one month ago.

UNICEF said on Thursday that 4.3 million children, more than half of Ukraine's estimated child population of 7.5 million, have been forced out of their homes.

The agency said the uprooted children include over 1.8 million who crossed into neighboring countries as refugees, and 2.5 million internally displaced in Ukraine

Zelenskyy Meets With EU Leaders By Agencies 19 hours, 43 minutes ago