Halesi Mahadev And Bhasmasur: Significant And Importance For Hindus, Kirat And Buddhists

Halesi Mahadev is a perceived site of Hindu, Buddhist journey and Kirant. It is 215 km east of Kathmandu valley. 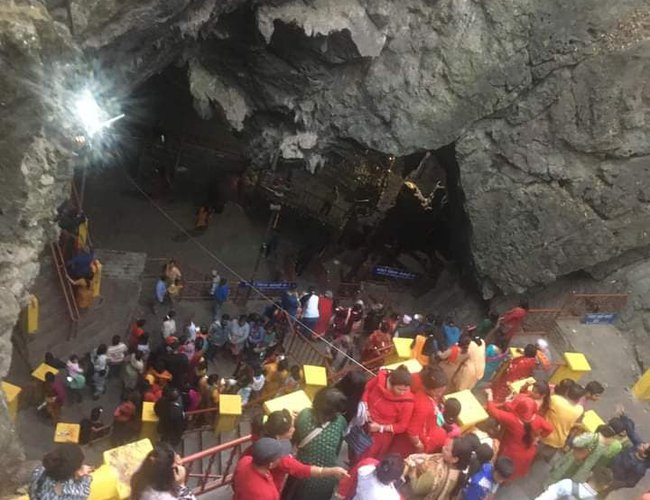 Halesi Mahadev is perceived site of Hindu, Buddhist journey and Kirant. It is 215 km east of Kathmandu valley. The Halesi Temple is situated at the highest point of a little slope inside the delightful caverns. There are others various little lovely gives in too. The significance here is the picture of Lord within cavern which is the extra magnificence of the visit.

The combination of three distinct religions (Hinduism, Buddhism, and Kirat), Halesi Mahadev is adored as the incredible god even of divine beings and goddess (Devadidev) by Hindus.The originator of Kirat religion is accepted to have starting point at this spot by Kirat individuals and Buddhists love Halesi viewing it as one of their six significant journey locales.

It is known as a characteristic cavern which lies in the fourth remote uneven area and accepted to be in presence since 6000 years.

ct sanctuary arranged in Khotang District of Nepal. It is accepted that this cavern has been utilized by Lord Shiva to be shielded himself and avoid the devil Bhasmasur roughly recent years. The magnificence of three distinct religions (Hinduism, Buddhism, and Kirat), this journey and Halesi Mahadev is revered as the extraordinary god even of divine beings and goddess (Devadidev) by Hindus, the originator of Kirat religion is accepted to have birthplace at this spot by Kirat individuals, though Buddhists adore Halesi viewing it as one of their six significant journey destinations.

It is accepted that austere of Shaiva (The current Hindus from days of yore), and Buddhists and furthermore other a few religious zealots have gotten Salvation contemplating at Halesi. Buddhists venerate it as a perfect spot where their incredible Guru Rimpoche, Padmasambhava contemplated and achieved eternality. Subsequently, Buddhist religion supporters, clerics come to revere Halesi with a conviction of getting 10 additional long stretches of life expectancy and furthermore Salvation.

It is known as ‘Marathi’ in the Tibetan language. This holy site is loved as a chariot driving towards great deed from offense, illusion to the real world, sin to equity and eventually towards Salvation.

Moreover, the authentic view about how this consecrated spot with hid Mahadev was tended to is this way, “There was a shaggy wilderness and once a nearby Rai standing tracker was chasing at this woodland. He attempted to chase a deer that runs into the brambles. Chasing hound attempted to look for the deer and went into the shrubberies however them two didn’t return back. After this, the tracker looks for help from locals and went to the brambles where they found a cavern. Inquisitively, they entered the cavern and found a major Shivalinga winded round by snake. They were enchanted to see this and started adoring it as a home of Lord Shiva. There are a few different strict and fanciful explanations for the developing strict noteworthiness of Halesi.”

This is the means by which neighborhood individuals depict the explanation for the name of this holy site situated in a quiet common sloping condition. In this way, old individuals chose to name this spot after the name of that fowl ‘Halesho’ and it became ‘Halesi’.

It is known as ‘Marathi’ in the Tibetan language. This sacrosanct site is revered as a chariot driving towards great deed from wrongdoing, falsity to the real world, sin to equity and eventually towards Salvation.