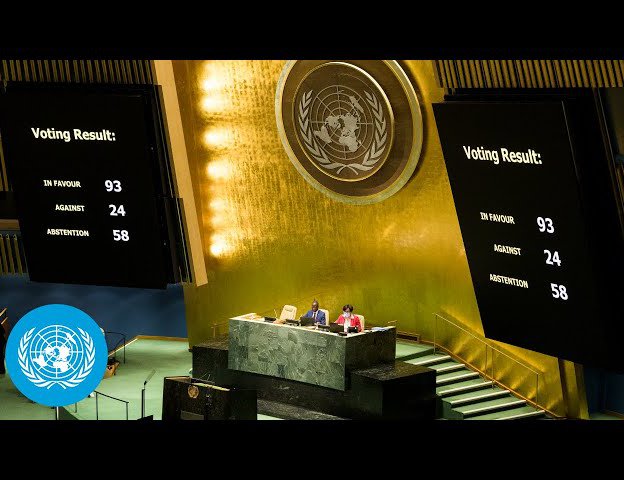 United Nations General Assembly have said the violations of human rights in Ukraine are "horrific." They voted on Thursday to strip Russia of its seat on the UN Human Rights Council.

Ukraine's ambassador, Sergiy Kyslytsya, said the Russian army "killed, tortured, raped, abducted, and robbed" thousands of "peaceful residents." He said suspending Russia was not an option but a duty.

93 members voted in favor of the suspension. 58 abstained. 24, including China, voted against.

China's ambassador, Zhang Jun, said the reports of civilian deaths in the Kyiv suburb of Bucha are disturbing. But he said the "specific causes" need to be verified.

The US ambassador, Linda Thomas-Greenfield, proposed the removal. She said the removal isn't just about accountability for Russia and standing with Ukraine but about the UN's credibility.