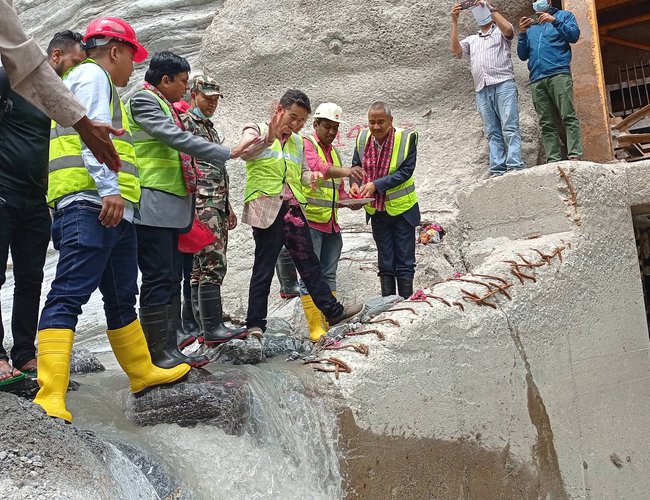 As Minister of Drinking Water Umakanta Chaudhary touched the switch at Melamchi, the water has started to divert into the tunnel. Following the completion of clearance of debris from the head and reconstruction of other structures, the board diverted the water to the tunnel.

The project will supply 160 million liters of water to Kathmandu Valley through a 26-kilometer long tunnel which was completed last year.

According to board, it will take 12-15 days to fill the tunnel. “We will discharge water in Sundarijal by 27 April for the distribution in Kathmandu,” said Executive Director Bashudev Paudel. However, He said that it took 13 days last year. He said that the board is discharging 265 liters of water per second to the tunnel.

According to Kathmandu Upatyaka Khanepani Limited, they will distribute the water through the old and new pipe once the water reaches in Sundarijal Treatment plant.

The EU And Nepal Hold Their 14th Joint Commission By NEW SPOTLIGHT ONLINE 12 hours, 25 minutes ago