US Congressional Delegation In Nepal

US Congressional Delegation In Nepal 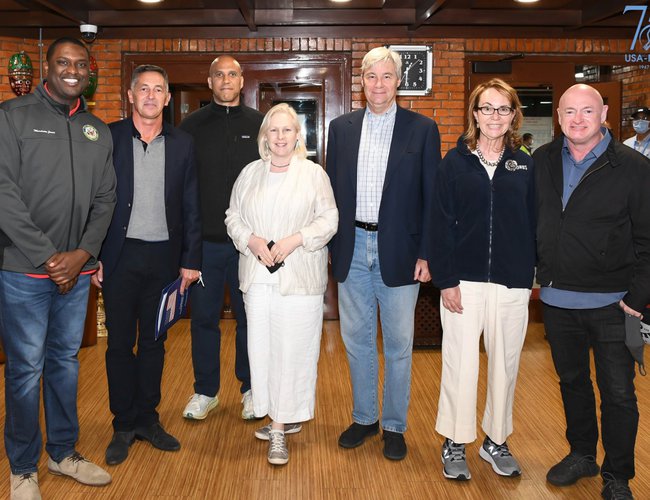 US Ambassador to Nepal Randy Berry welcomed a US Congressional delegation led by Senator Kirsten Gillibrand delegation members who arrived in Kathmandu on Friday as a part of three-day visit to Nepal.

"Their visit is a testament that Nepal is an important partner to the United States due to our shared democratic values, people-to-people ties, and 75 years of diplomatic partnership," said the US Embassy in Kathmandu.

The visit is taking place on the eve of the 75th anniversary of the establishment of Nepal-US diplomatic ties. The visit will focus on the discussions about Russia's invasion on Ukraine and other issues of regional and global concerns.

US Under Secretary Nuland Arrived In Kathmandu By NEW SPOTLIGHT ONLINE 4 hours, 27 minutes ago

Nepal Has Huge Potential As A Producer Of Green Energy: British Ambassador Pollitt By NEW SPOTLIGHT ONLINE 16 hours, 24 minutes ago