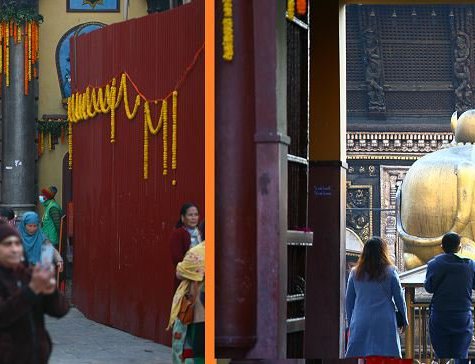 People visit the temple of Siva and other religious shrine. As this is the day believe to have married between Shiva and Parbati, many young couple gets marriage today.

In Sanskrit, 'Akshaya' means hope, prosperity, joy and success and 'Tritiya' means third. Every month the tritiya comes on the Shukla Paksha, but during the Shukla Paksha in Vaishakh, the tritiya is considered auspicious. This day holds special significance as the most celebrated muhurat. On this day, any auspicious work can be done - such as a wedding, home entrance, buying clothing, jewelery, houses, land and vehicles etc.

Ganga bathing has a special importance in Hinduism and after taking Ganga bath in Brahma Muhurta on the day of Akshay Tritiya, one should worship Lord Vishnu and Lakshmi and offer barley or wheat sattu, cucumber and gram dal. Brahmanas should eat food and donate to them.

Why is it important and know some important information on Akshaya Tritiya: -

The incarnation of Akshay Kumar, son of Brahmaji.

Why Today Is Important

Chiranjeevi Maharshi Parashurama was born that is why today there is also a Parashurama birth anniversary.

Kubera had got the treasure.

Mother Ganga had descended on Earth.

The Sun God gave the Pandavas a renewable character.

The first Tirthankara Adinath Rishabhdev ji had 13 months of fasting of the Lord with the juice of Ikshu (sugarcane).

The doors of the famous pilgrimage site Shri Badri Narayan Dham are opened.

The Banke Bihari temple of Brindavan has darshan of Shri Krishna Charan.

All the chariots of Lord Jagannath are started to be made.

Akshaya means one who is never decayed (perished) !!!

Akshaya Tritiya is a self-proven Muhurta in itself, any auspicious task can be started.

From today the Char Dham Yatra of Uttarakhand begins. The Char Dhams are Yamanotri, Gangotri, Badrinath and Kedarnath.