Nepal And Switzerland Exchanged Views On Matters Of Common Interest

Nepal And Switzerland Exchanged Views On Matters Of Common Interest 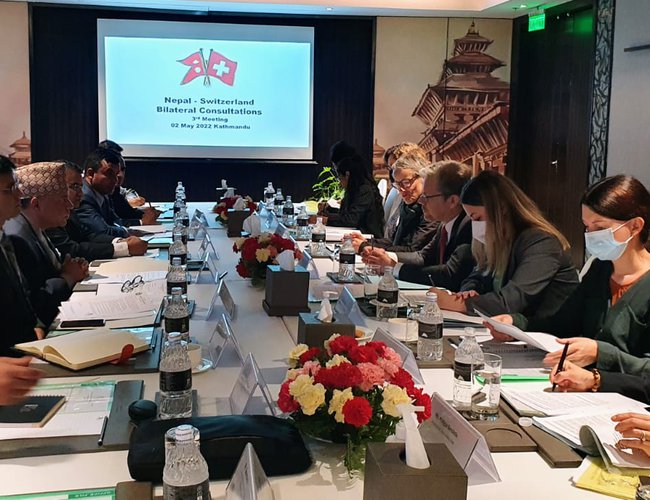 Nepal and Switzerland exchanged views on matters of common interest, including the bilateral relations and cooperation between the two countries, regional cooperation, cooperation within the multilateral frameworks and global issues such as climate change, migration, and human rights.

The views exchanged during the third edition of Nepal-Switzerland bilateral consultations which was held in Kathmandu. Foreign Secretary Bharat Raj Paudyal made opening remarks in the meeting, which was co-chaired by Nirmal Raj Kafle, Joint Secretary, Europe-Americas Division of the Ministry and Andreas Raphael Nageli, Assistance State Secretary for Asia-Pacific in the Swiss Federal Department of Foreign Affairs (FDFA). 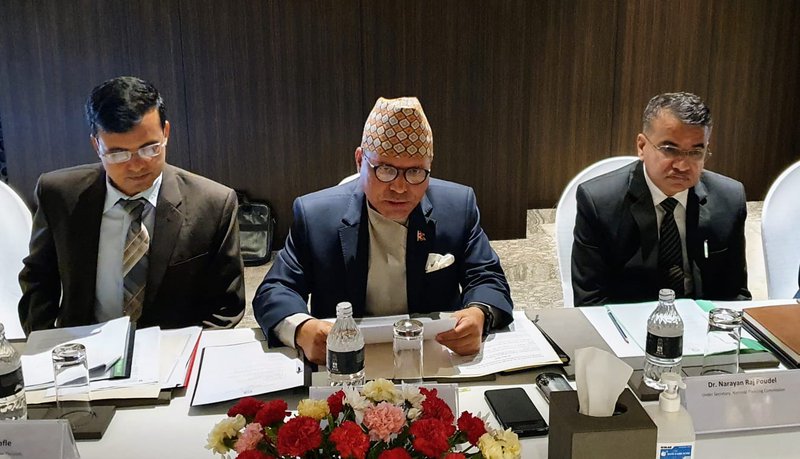 The discussions also covered Nepal’s graduation from the least developed country status in 2026, Covid-19 related support as well as meeting the Sustainable Development Goals. The two sides reviewed all aspects of bilateral relations and discussed the possibilities of enhancing engagement in the areas of trade, investment and tourism.

The Nepali side thanked the Swiss government for the longstanding cooperation to Nepal as a priority country and stated that such cooperation will be vital in moving the country forward along the path of economic recovery, green growth and sustainable graduation from the LDC status. The Swiss side expressed readiness to work with Nepal in further strengthening bilateral relations for the benefit of both countries. The Swiss side also stated that its development cooperation will continue in Nepal through the Swiss Cooperation Strategy 2023-26.

The mechanism of Bilateral Consultations was established in 2015 between the two Foreign Ministries. Theprevious meeting of the mechanism was held in June 2018.