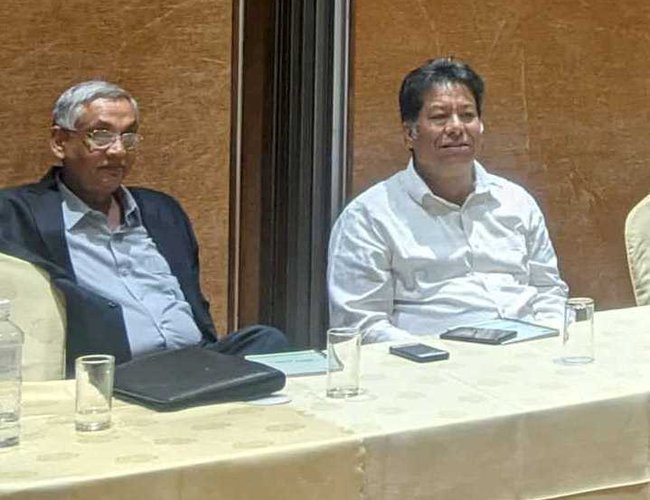 Government officials and activists agree on the need to provide tax waiver on appliances of eCooking to transform Nepali kitchen, promote cleaner energy and reduce dependency on imported LPG and traditional bio-mass based dirty energy.

In an interaction program organized by Nepal Energy Foundation on the theme Clean Energy in Cooking in the Coming Fiscal Budget and policy agenda, speakers highlighted how Nepal can achieve the goal set by the government to increase clean energy.

Presenting the overall scenario of energy use Dilli Prasad Ghimire, General Secretary of Nepal Energy Foundation said that overwhelming 69 percent of the population still use traditional sources of energy for cooking followed by 6 percent renewable and 3 percent commercial. Out of this, 58.5 percent population are using firewood, LPG 9.4 percent and very small numbers of household or 3 percent of population have been using eCooking.

Nepal has already targeted to reduce use of LPG to 2 percent by 2030. For this the government has announced its policy to distribute 500,000 electric stoves to households by 2025. According to the policy, Nepal has also targeted to distribute additional 200,000 by 2028 to meet the Social Development Goals.

Ghimire, a well known eCooking activist, urged the government to take all necessary steps, including waiver in tax for electric cooking devices and investment in the improvement of current distribution system in the country. He demanded that the government must come up with clear strategy and packages. 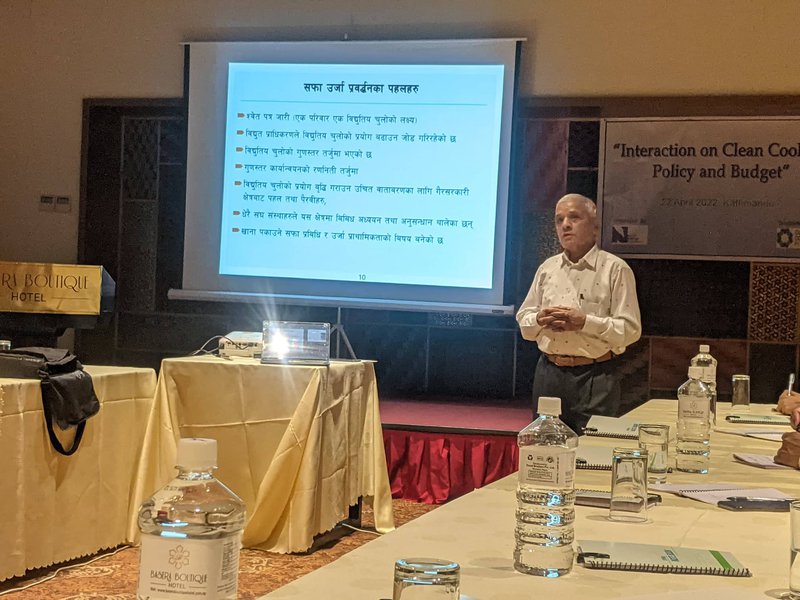 Despite the constraint of the budget, AEPC is working to distribute electric cooking devices including induction, infrared and electric pressure cooker. AEPC has also been working with local levels, promoting eCooking.

At the event participated in by representatives from Ministry of Forest and Environment, National Planning Commission, Alternative Energy Promotion Center, Nepal Electricity Authority, Ministry of Energy, Water Resources and Irrigation, media persons, persons representing the civil society organization involved in clean cooking campaigns, the first of its kind discussion focused on the budget and policy issues.

Under secretary from Ministry of Forest and Environment said that the government has already committed to clean and electric energy through its nationally determined commitment presented to the UNFCC. 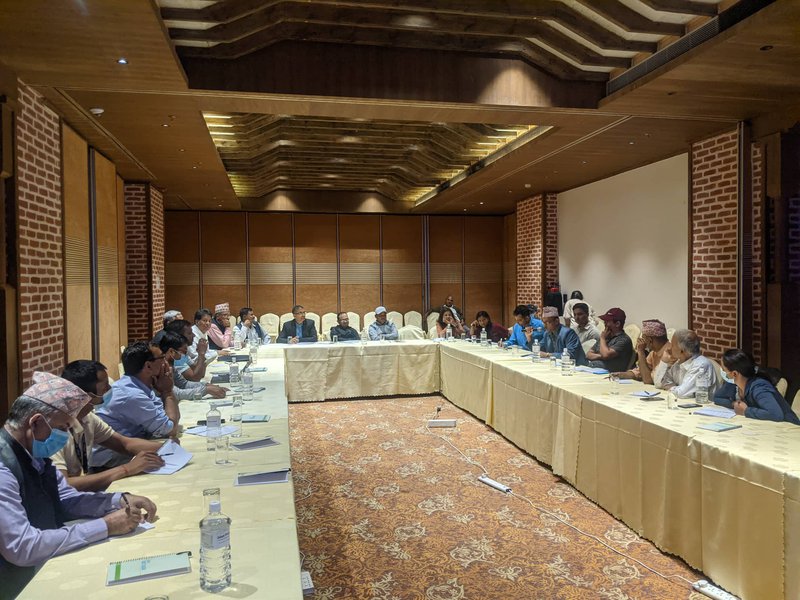 He also warned that distributing induction rampantly without analyzing the capacity for distribution and wiring may invite disaster and it is highly risky as well. There need to address safety issue.

At a time when Maoist Center in its political manifesto announced to provide incentive to clean cooking and Finance Minister Janardan Sharma Prabhakar and Energy Minister Pampha Bhusal have been publicly expressing their commitment to the clean cooking energy, the first step should be to waive the VAT for clean cooking devices.

“Waiver of VAT will surely help to promote eCooking Appliances,” said Mohan Das Manandhar. We have been making all out efforts to convince the Ministry of Finance to take this decision.”

Karuna Bajrachaya from Clean Cooking said that there is the need raise the awareness regarding the benefit of use of Electric cooking. She said that traditional source energy is affecting the health of children and women. “Given current state of deteriorating environment and impact of climate change, electric cooking has no alternatives.”

As the government is preparing the budget searching the way to reduce the dependency on LPG, the suggestions given by the interactions is highly valuable and helpful for policy making.

Finance Ministry Cut The Budget Of Purchasing Newspapers And Printing Under its Austerity Measures By Agencies 9 hours, 33 minutes ago

MD GHISING Leakage To Single Digit By A Correspondent 5 days, 3 hours ago

NRB'S DECISION Surrounding Controversy By A Correspondent 5 days, 6 hours ago