Involvement Of Youth And Their Issues In The Local Elections: A Case Study Of Karnali Province

Promotion of Youth in Local Governance Process (PROYEL)" Programme funded by the European Union (EU) and implemented by Helvetas Nepal with WEAF Nepal in Karnali Province from March 2022. 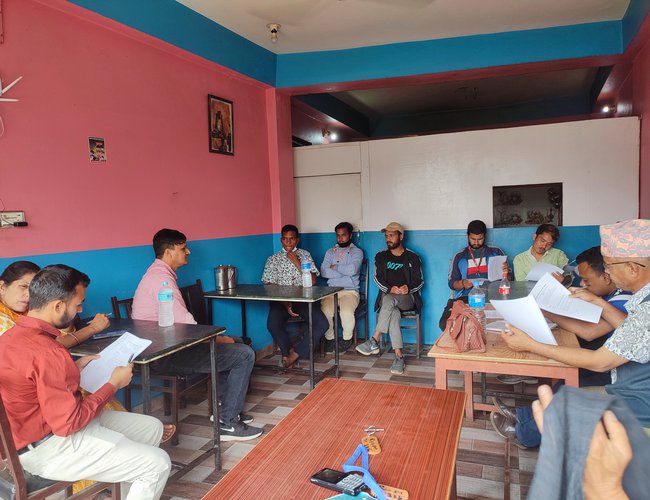 Youth are calling for education, skills, and jobs. They are raising their voice for inclusive local governance that prioritizes youth in its policies and programs. It’s also positive to see more youth as candidates asserting youth agendas in their manifestoes.

Karnali Province, the country's largest province in terms of geographical area, is always a center of attraction in different political movements and elections. Youth and independent candidates from KarnaliProvince also addressed issues of youth in the region.

Women Empowerment Action Forum (WEAF) Nepal had just completed a baseline survey of the "Promotion of Youth in Local Governance Process (PROYEL)" Programme funded by the European Union (EU) and implemented by Helvetas Nepal with WEAF Nepal in Karnali Province from March 2022.

During the baseline survey, WEAF collected information from representatives of municipalities and youths. Youth candidacy has increased as compared to previous elections and such increasing tendencies might persist in the near future too.

One youth and independent candidate for vice-chairperson has included advocacy for women who experienced any type of violence, advocacy for marginalized, Janajati and Dalits, along with youth involvement in local government action planning and strategy making.Another candidate for vice-mayor has included social justice and good governance as his major agendas for the coming local-level election. Similarly, another youth candidate for the ward chairperson d has considered good governance, united and ultimate needs, resource creation, mobilization and road access, awareness and agriculture, national target and natural tourism, and sustainable development. These are simply a few examples of youth directly and indirectly engaged in the upcoming local-level elections. PROYEL will follow up with the newly elected representatives on their promises and empower youth in local governance.

Contribution made by: Helvetas and WEAF Nepal