A Special Security Arrangements For Indian PM’s Visit To Lumbini

A Special Security Arrangements For Indian PM’s Visit To Lumbini 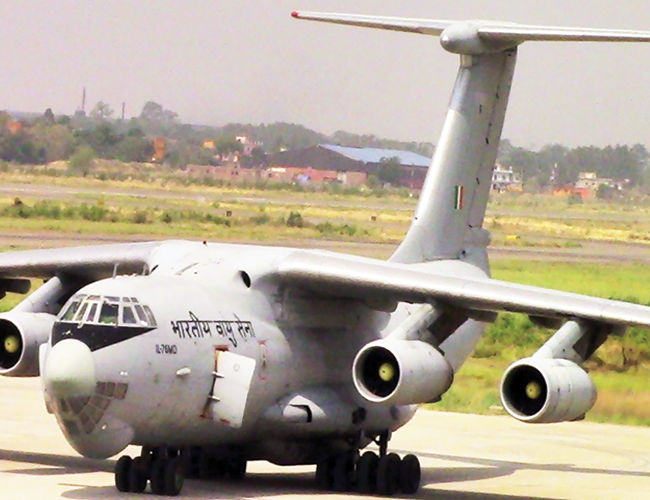 A special plane belonging to the Indian Air Force landed at GIBA on Wednesday.

The plane carrying a team of 30 Indian military officials landed at the airport on Wednesday to make the necessary security arrangements for Indian Prime Minister Narendra Modi who is scheduled to come to Lumbini on May 16 on the occasion of Buddha Jayanti. The plane also brought a vehicle that Prime Minister Modi will use during his visit here reports The Rising Nepal.

The team arrived at 10 in the morning and were welcomed by the GBIA staff. It has been informed that the officers will stay in Lumbini till May 17. They have begun coordinating with Nepali security agencies to prepare a strategy for Modi’s arrival, said Superintendent of Police Rabindra Regmi, chief of police in Rupandehi district. GBIA spokesperson Shyam Kishor Sah informed that the Indian Air Force’s Illusion aircraft IC-76 came to Bhairahawa from Delhi via Kathmandu. After dropping off the officers and the vehicle, the plane returned to Delhi, he said.

According to the Lumbini Development Trust (LDT), Indian security personnel and government officials have been coordinating with it for the past two weeks to prepare for Modi’s arrival. Dhundi Raj Bhattarai, treasurer of LDT, said that the Trust was preparing helipads and was carrying out renovation and cleaning works.