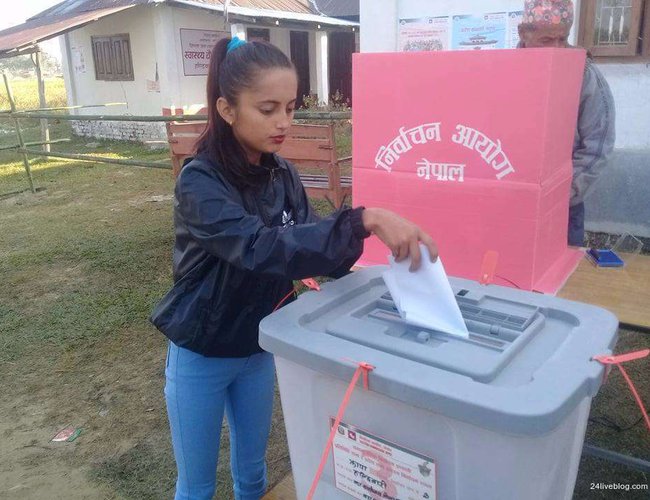 Nepalese are going to elect new representatives in the local levels on today Friday (May 13). This is the second such election after the nation became a federal republic and fifth after 1991 and 10 since the start of first local level elections in 1948.

It is the second local level election after the promulgation of the new constitution in 2015 and the fifth after the political change of 1990. Even during the Panchayat period, especially after the national referendum of 1981, Nepalis had exercised this democratic method of choosing their representatives through ballots.

The last election was held in 2017 when the local polls under the new constitution were held in three phases -- May 14, June 28 and September 18. The participation of the people in 2017 local poll was encouraging as average turnout of voters was 74.87.

.According to the Election Commission, it has set up 10,756 polling stations and 21,955 voting booths across the country for the voters to cast their votes.

Likewise, 165,000 security personnel including 32,000 personnel from the Armed Police Force, 62,000 from Nepal Police, 71,500 from Nepali Army and 100,000 temporary police have been mobilised for the security of the polling stations, booths, voters and the vote counting centres, according to the Home Ministry.

At the invitation of Prime Minister Sher Bahadur Deuba, Indian Prime Minister Narendra Modi will pay an official visit to Lumbini, Nepalon 16 May 2022.

The Prime Minister of India will attend the special ceremony on the auspicious occasion of Buddha Jayantiin Lumbini.

The Prime Minister of India together with the Prime Minister of Nepal will participate in a prayer at the Mayadevi Temple, lay the foundation stone for the construction of a centre for Buddhist culture and heritage at the Monastic Zone in Lumbini, and address the special ceremony to be organized to celebrate Buddha Jayanti at the Lumbini International Buddhist Meditation Center and Assembly Hall.

Dr. Narayan Khadka, Minister for Foreign Affairs, will call on Prime Minister of

India Narendra Modi. While in Lumbini, the two Prime Ministers will hold bilateral talks and exchange views on Nepal-India cooperation and matters of mutual interests.

US Under Secretary Nuland Arrived In Kathmandu By NEW SPOTLIGHT ONLINE 4 hours, 10 minutes ago

Nepal Has Huge Potential As A Producer Of Green Energy: British Ambassador Pollitt By NEW SPOTLIGHT ONLINE 16 hours, 7 minutes ago