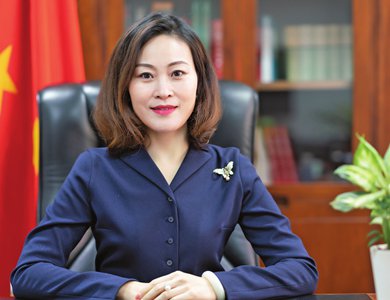 Chinese Ambassador to Nepal Hou Yanqi informed Home Minsiter Bal Krishna Khand that preparations have been made for a direct flight from Kathmandu to Kunming, China, from May 30.

Ambassador Hou had informed Home Minister Khand that there would be direct flight from Kathmandu to Kunming and from Kunming to Kathmandu.

She paid a courtesy call on Home Minister Bal Krishna Khand on Wednesday.

During the meeting held at the Ministry of Home Affairs in Singha Durbar, bilateral relations and exchange of cooperation between the two countries were discussed, according to Madhusudan Bhattarai, press coordinator of the Home Minister.

Ambassador Hou also conveyed Chinese President’s message regarding the election. She said that Chinese President Xi Jinping has expressed that the process of electing people’s representatives from the people themselves was a good one and congratulated Prime Minister Deuba for accomplishing the task.

She said that she had visited various places where the elections were held and was happy to see the people’s participation in the election with enthusiasm.

Ambassador Hou thanked the security forces through the Home Minister for the good security arrangements during the recent visit of Chinese Foreign Minister Wang Yi to Nepal.