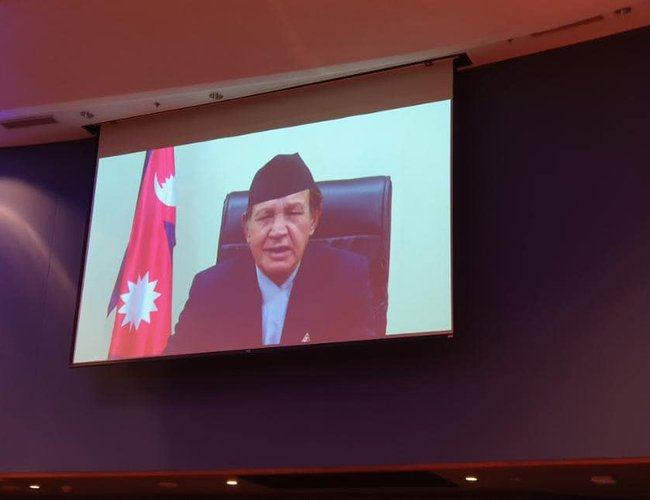 Dr. Narayan Khadka, Minister for Foreign Affairs stressed the need for global commitment, solidarity and urgent actions to fulfill the obligations towards posterity. He also underscored the need to focus on accelerated and deliberate actions that promote sustainability.

Welcoming the ESCAP's "Reclaiming our Future" report, Foreign Minister expressed views that the global community should work together to protect people and the planet from pandemics and disasters, promote trade and investment, enhance digital capacity, and raise resources to realize development goals.

While stating new challenges added to the existing ones for graduation from the LDC category by 2026, Foreign Minister shared some measures introduced by the government to maintain a healthy economy.

He delivered a pre-recorded video message to the 78th Session of the United Nations Economic and Social Commission for Asia and the Pacific (UNESCAP) today, which coincides with the 75th anniversary of its establishment.

In his message, Foreign Minister congratulated the UNESCAP on its Seventy-fifth Anniversary and acknowledged its contribution in the fields of infrastructure, human development, and environment, among others. 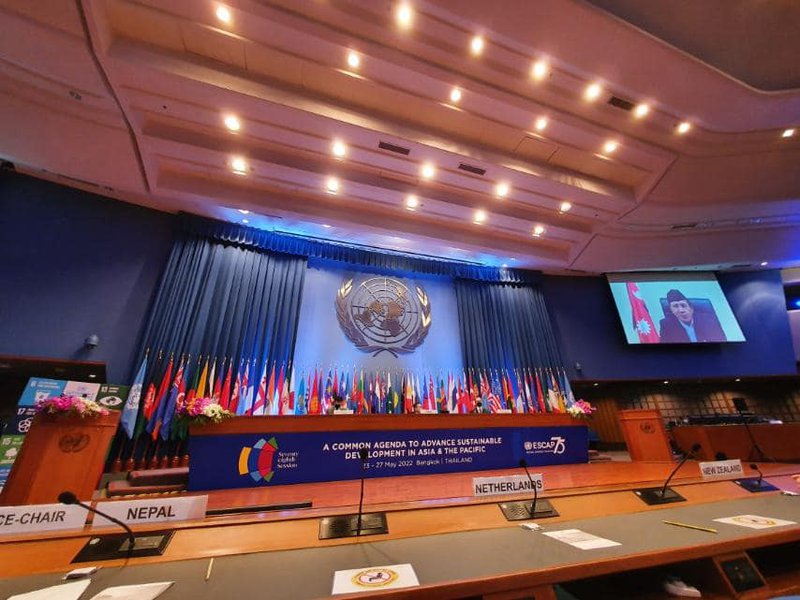 Minister also appreciated the work of the Commission during more than seven decades of its establishment. He expressed confidence that the commemorative event will rekindle new aspirations and provide a new direction for regional development and shared prosperity among the membership.

Minister stated that the path to timely achievement of the SDGs in stipulated time has been challenging for the countries in special situations including the LDCs due to natural disasters such as climate change, rising commodity and fuel prices, and trade protectionism, among others. He further added that the negative impact of the pandemic, ongoing global crises, and dearth of financing for development has further deteriorated the situation.

Foreign Minister also stressed the need to strengthen regional cooperation and engage in inclusive dialogue on interconnected issues such as managing debt, tax evasion, environmental sustainability, and trade, among others.

The 78th Session of the UNESCAP is being held on 23-27 May 2022 at the United Nations Conference Centre in Bangkok in hybrid mode.

Dr. Dil Bahadur Gurung, a Member of the National Planning Commission is leading the Nepali delegation to the 78th Session of the UNESCAP.