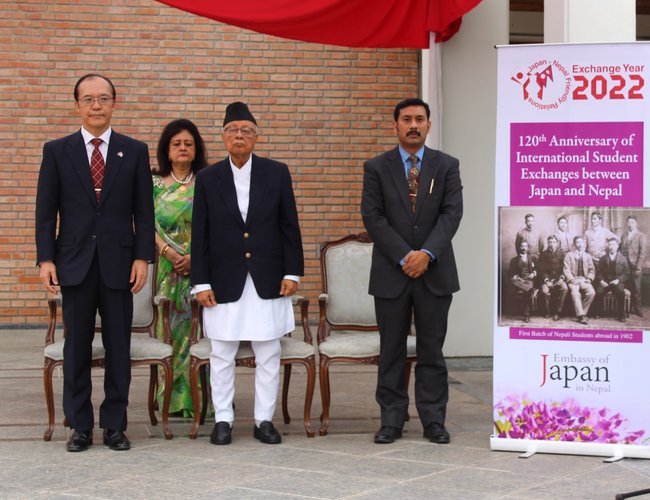 The Embassy of Japan in Nepal held an official commemorative event celebrating the 2021 Autumn Conferment honoring Himalaya Rana, the 120th Anniversary of International Student Exchanges, and the achievement of Ms. TABEI Junko, the first female mountaineer to reach the summit of Mount Everest.

Ambassador KIKUTA conveyed the decoration of the Order of Japan (The Order of the Rising Sun, Gold and Silver Star) to Rana, the founding governor of the Nepal Rastra Bank and former Finance Secretary, who opened the first foreign central bank account in the Bank of Japan in the 1960s. 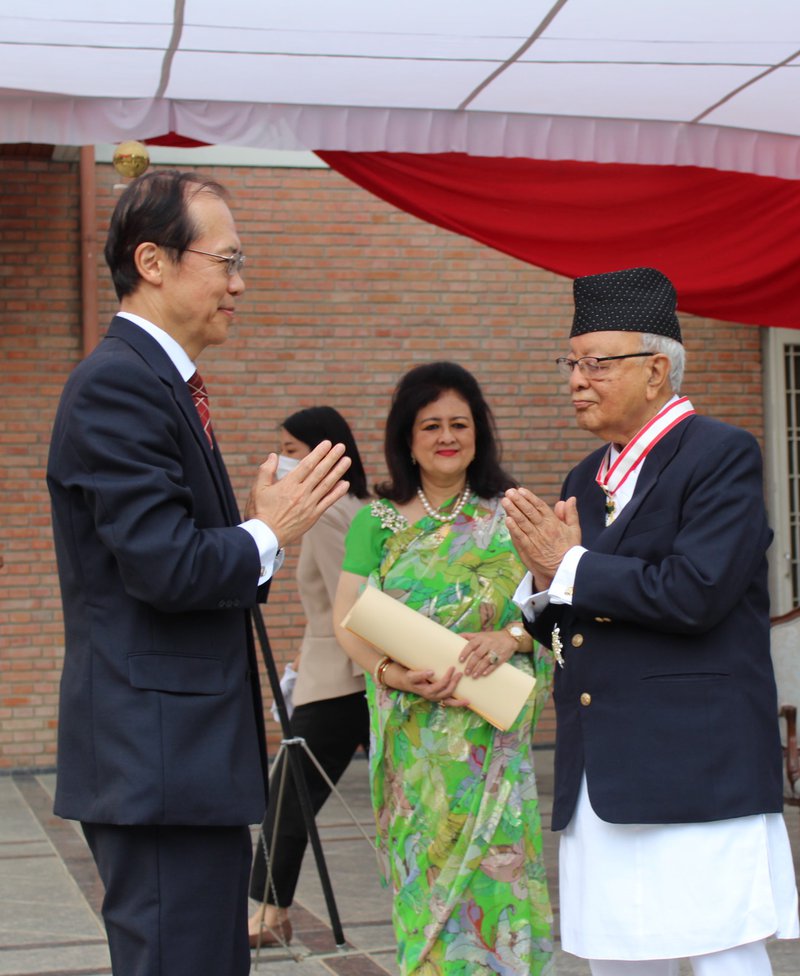 Following Rana’s speech, Dr. Prabin Shrestha, the president of JUAAN (Japanese Universities Alumni Association in Nepal) and SAKAMOTO Hiroyuki, the Mayor of Miharu-town, Fukushima Prefecture, which is the hometown of Tabei, delivered speeches.

In this special year, 2022, with the 120th anniversary of International Student Exchanges between Japan and Nepal, Ambassador Kikuta celebrated the long history of people-to-people exchange between Japan and Nepal. He referred to the achievement of Rana's great-grandfather, Dev Shumsher Jung Bahadur Rana, the Prime Minister of Nepal who decided the dispatch of the first eight Nepali students to Japan, which has been implemented in 1902. He shared the fact that the students brought back the knowledge they gained in Japan and contributed to the development of Nepal.

In his speech, Ambassador Kikuta also cited the accomplishment of Tabei and her honorable acceptance of the Gurkha Dakshina Bahu Award from the Kingdom of Nepal in 1975, and the Tenzing Hillary Award from Ministry of Culture, Tourism and Civil Aviation of Nepal in 2010.

Participants enjoyed, among others, Japanese food and sake from Fukushima Prefecture.