Nepal’s GDP Growth Will Around 4.1

Nepal’s GDP Growth Will Around 4.1 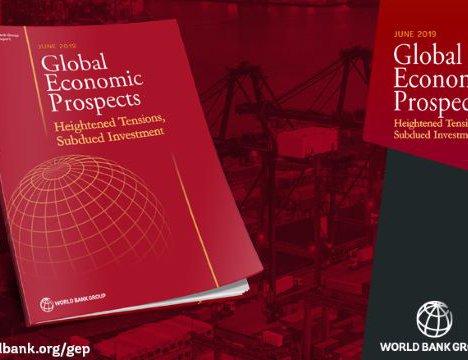 The World Bank has projected that Nepal’s to grow 4.1 in the on-going fiscal year 2022/023 and 5.8 in 2023/024 fiscal year. Russian’s invasion to Ukraine and subsequent events hits Nepal’s recovery.

The Russian Federation’s invasion of Ukraine has weighed on growth in the South Asia region (SAR) after a solid recovery in the second half of last year and amplified pre-existing vulnerabilities reports World Bank’s Global Economic Prospects.

Growth in South Asia is forecast to slow to 6.8 and 5.8 percent in 2022 and 2023, respectively following a robust 7.6 percent rebound in 2021. This is 0.8 percentage point slower for 2022 than was projected at the start of the year and similar to average growth in the decade prior to the pandemic. The revisions to growth reflect the expected erosion of purchasing power of consumers, elevated uncertainty, and weaker external demand

While the direct impacts from trade and financial exposure to Russia and Ukraine are minimal, spillovers from rising commodity prices, higher borrowing costs, and weaker external demand are significant. In India, the recovery is facing some headwinds from accelerating inflation.

Rising inflationary pressures led to an unscheduled policy interest rate hike in May. In the rest of the region, activity has been mixed, with stronger-than-expected rebounds from the pandemic helping to boost growth through early 2022 in Bangladesh and Pakistan.

In Sri Lanka and Afghanistan, however, conditions are dire. The government of Sri Lanka announced a cessation of external debt repayments, and the country faces dual balance of payments and sovereign debt crises. With international reserves down to one-fourth of their pre-pandemic levels, the government abandoned its exchange rate peg in early March, leading to a rapid depreciation of the rupee.

Sri Lanka’s unsustainable external debt will require debt restructuring to start the process of fiscal rehabilitation. Despite increased international humanitarian support in Afghanistan, the economy has collapsed, and most households do not have sufficient incomes to meet basic needs. Rising food and energy prices have led to a rapid increase in consumer inflation in the region. Average annual consumer inflation and one-year-ahead inflation expectations are now at their highest level in almost a decade.

.In India, growth is forecast to edge down to 7.5 percent in fiscal year 2022/23, with headwinds from rising inflation, supply chain disruptions, and geopolitical tensions offsetting buoyancy in the recovery of services consumption from the pandemic. Growth will also be supported by both private and public fixed investment, buoyed by government incentives and reforms to improve the business climate. In Pakistan, growth is expected to moderate from 5.7 percent in FY2020/21 to 4.0 percent in 2022/23 as foreign demand slows significantly and policy support is withdrawn to contain external and fiscal imbalances.

In Bangladesh, growth is forecast to ease to 6.4 percent in FY2021/22, as pent-up demand subsides, before picking up to 6.7 percent in 2022/23 as investment recovers and remittance inflows accelerate. The outlook for Sri Lanka is highly uncertain and subject to significant downside risks.

Risks to the regional growth outlook remain to the downside and have been magnified by geopolitical developments. Additional increases in commodity prices, particularly wheat, could put further upward pressure on food prices eroding real incomes and reducing consumption.

The region consumes about one-fifth of its calories from wheat products, houses more than one-third of the global poor, and food accounts for a greater share of its consumption basket compared to other emerging and developing economies. 1The Government’s preliminary estimate for real GDP (factor cost) growth for 2021/22 is 6.0 percent.

Rising energy prices, in a region that is highly dependent on energy imports and in some economies where significant shares of government budgets go to subsidies, could further increase inflation, worsen current account positions, and divert resources away from productivity-enhancing investment and social protection.

Compounding the damage from the COVID-19 pandemic, the Russian invasion of Ukraine has magnified the slowdown in the global economy, which is entering what could become a protracted period of feeble growth and elevated inflation, according to the World Bank’s latest Global Economic Prospects report.

This raises the risk of stagflation, with potentially harmful consequences for middle- and low-income economies alike. Global growth is expected to slump from 5.7 percent in 2021 to 2.9 percent in 2022— significantly lower than 4.1 percent that was anticipated in January. It is expected to hover around that pace over 2023-24, as the war in Ukraine disrupts activity, investment, and trade in the near term, pent-up demand fades, and fiscal and monetary policy accommodation is withdrawn.

As a result of the damage from the pandemic and the war, the level of per capita income in developing economies this year will be nearly 5 percent below its pre-pandemic trend. “The war in Ukraine, lockdowns in China, supply-chain disruptions, and the risk of stagflation are hammering growth. For many countries, recession will be hard to avoid,” said World Bank Group President David Malpass. “Markets look forward, so it is urgent to encourage production and avoid trade restrictions.

Changes in fiscal, monetary, climate and debt policy are needed to counter capital misallocation and inequality.” The June Global Economic Prospects report offers the first systematic assessment of how current global economic conditions compare with the stagflation of the 1970s—with a particular emphasis on how stagflation could affect emerging market and developing economies.

The recovery from the stagflation of the 1970s required steep increases in interest rates in major advanced economies, which played a prominent role in triggering a string of financial crises in emerging market and developing economies. “Developing economies will have to balance the need to ensure fiscal sustainability with the need to mitigate the effects of today’s overlapping crises on their poorest citizens,” said Ayhan Kose, Director of the World Bank’s Prospects Group. “Communicating monetary policy decisions clearly, leveraging credible monetary policy frameworks, and protecting central bank independence can effectively anchor inflation expectations and reduce the amount of policy tightening required to achieve the desired effects on inflation and activity.”

The current juncture resembles the 1970s in three key aspects: persistent supply-side disturbances fueling inflation, preceded by a protracted period of highly accommodative monetary policy in major advanced economies, prospects for weakening growth, and vulnerabilities that emerging market and developing economies face with respect to the monetary policy tightening that will be needed to rein in inflation. However, the ongoing episode also differs from the 1970s in multiple dimensions: the dollar is strong, a sharp contrast with its severe weakness in the 1970s; the percentage increases in commodity prices are smaller; and the balance sheets of major financial institutions are generally strong.

More importantly, unlike the 1970s, central banks in advanced economies and many developing economies now have clear mandates for price stability, and, over the past three decades, they have established a credible track record of achieving their inflation targets. Global inflation is expected to moderate next year but it will likely remain above inflation targets in many economies. The report notes that if inflation remains elevated, a repeat of the resolution of the earlier stagflation episode could translate into a sharp global downturn along with financial crises in some emerging market and developing economies.

Official Use The report also offers fresh insights on how the war’s effects on energy markets are clouding the global growth outlook. The war in Ukraine has led to a surge in prices across a wide range of energy-related commodities. Higher energy prices will lower real incomes, raise production costs, tighten financial conditions, and constrain macroeconomic policy especially in energy-importing countries. Growth in advanced economies is projected to sharply decelerate from 5.1 percent in 2021 to 2.6 percent in 2022— 1.2 percentage point below projections in January. Growth is expected to further moderate to 2.2 percent in 2023, largely reflecting the further unwinding of the fiscal and monetary policy support provided during the pandemic.

Among emerging market and developing economies, growth is also projected to fall from 6.6 percent in 2021 to 3.4 percent in 2022—well below the annual average of 4.8 percent over 2011-2019. The negative spillovers from the war will more than offset any near-term boost to some commodity exporters from higher energy prices. Forecasts for 2022 growth have been revised down in nearly 70 percent of EMDEs, including most commodity importing countries as well as four-fifths of low-income countries. The report highlights the need for decisive global and national policy action to avert the worst consequences of the war in Ukraine for the global economy.

This will involve global efforts to limit the harm to those affected by the war, to cushion the blow from surging oil and food prices, to speed up debt relief, and to expand vaccinations in lowincome countries. It will also involve vigorous supply responses at the national level while keeping global commodity markets functioning well. Policymakers, moreover, should refrain from distortionary policies such as price controls, subsidies, and export bans, which could worsen the recent increase in commodity prices.

JP Morgan Warns Of $380 Oil After Price Cap On Russian Oil By Agencies 11 hours, 58 minutes ago