With the assumption of the post of foreign minister by Dr. Naryan Khadaka, who is himself a scholar on Nepal-India relations and quite by well informed foreign secretary Bharat Prasad Paudyal and well capable carrier civil servant of foreign service, these two initiatives will greatly contribute to make foreign ministry as professional institution. 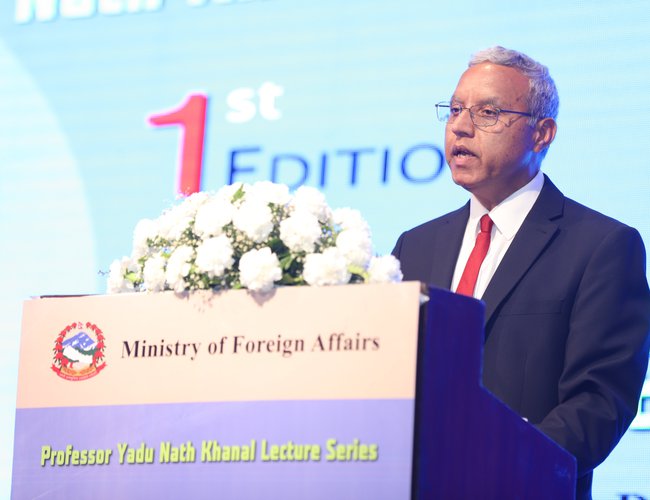 One hour-long presentation and another half-hour-long discussion highlighted the concurrent global and regional issues and Nepal’s positions and places in the new order. 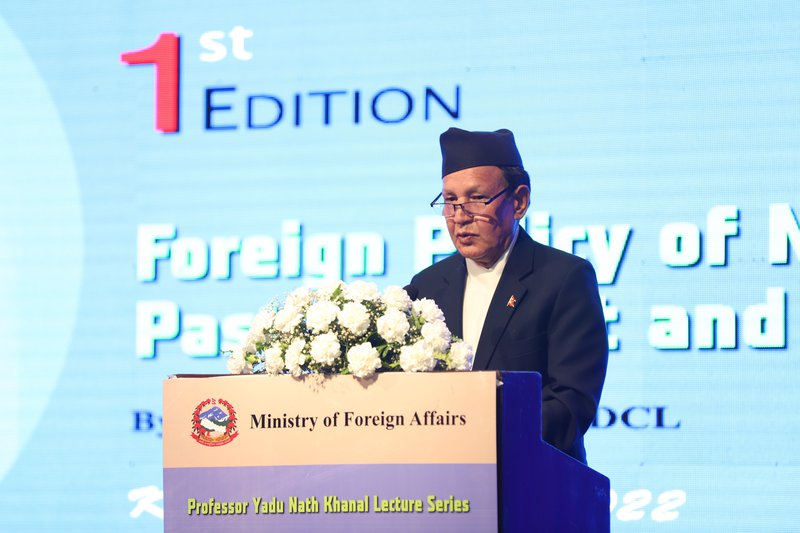 The keynote speaker at the program, Prof Surya Prasad Subedi, said the foreign policy of Nepal must have a global outlook, it must go beyond its preoccupation with the management of relations with its two immediate neighbors. “ Nepal has to grow out of the ‘a yam between two stones’ mindset and the self-defeating notions of an insignificant, improvised and peripheral state tucked away in the southern flanks of the Himalayas.

Describing various historical events in Nepal’s history of foreign policy, professor Dr. Subedi said that concluding the 1950 Treaty of Peace and Friendship with independent India following the British withdrawal from South Asia is one of the significant events for Nepal.

“This treaty is significant for two main reasons; first it was more or less a modified version of the 1923 treaty with the British, and second it defines the nature and scope of Nepal’s relations with India,” said Professor Dr. Subedi

By maintaining cordial relations with India British India, Nepal regained some of the lost territories and was able to secure formal recognition of independence and sovereignty through the 1923 treaty concluded with the British during the height of British imperial power. The establishment of the UN when Nepal established diplomatic relations with the United States, concluding a treaty of friendship and commerce on 25 April 1947 was also a major development of Nepal’s international relations. 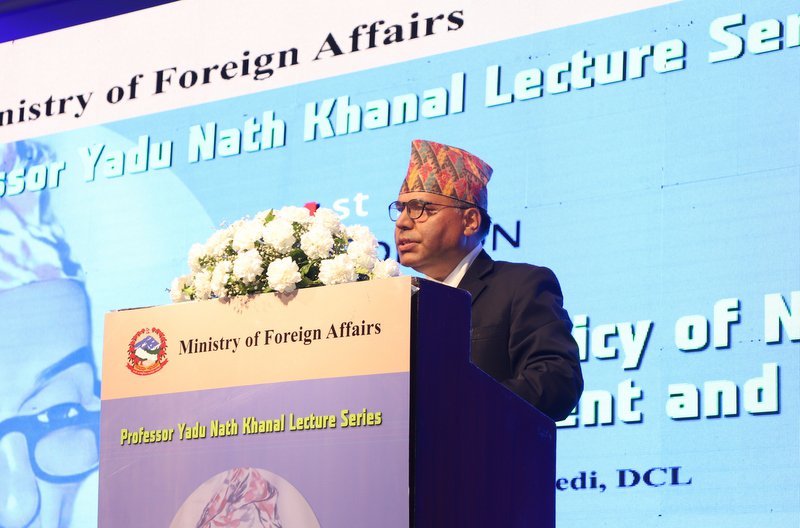 He said that King Prithvi Narayan Shah, the great Jung Bahadur Rana, Chandra Sumsher Rana, BP Koirala and King Mahendra, King Birendra and all the prime ministers after the restoration of democracy to till now have greatly contributed to safeguarding Nepal’s national interest.

Addressing the Prof. YN Khanal Lecture Series, Foreign Minister Dr. Naryan Khadka said “Safeguarding of sovereignty, territorial integrity, national independence, and protection of national interest has been at the core of Nepal’s foreign policy all along.

Addressing the Prof YN Khanal Lecture Series organized by the Ministry of Foreign Affairs, he said that Nepal will continue to be committed to a balanced and independent foreign policy based on national interests. It is on this basis that Nepal has been developing friendly and good relations with its neighbors and other countries.

He emphasized the need to work together to address the common challenges facing the rest of the world in the face of increasing human and economic losses caused by the recent Russia-Ukraine war.

Dr. Subedi, a Visiting Professor at Oxford University, said that there is every prospect of more prosperity for Nepal, provided that the country is able to put in place sensible policies designed to exploit its comparative advantage and its geostrategic status.

Secretary at the Ministry, Bharatraj Poudyal, shared that such lecture would be conducted once in a year for discussion on regional knowledge enhancement, existing policies and practices.

Professor Yedu Nath Khanal, a well-known diplomat served as the secretary at the Ministry of Foreign Affairs and also as ambassador to China, India and the United States. The ministry has started this lecture series in his name and honor. 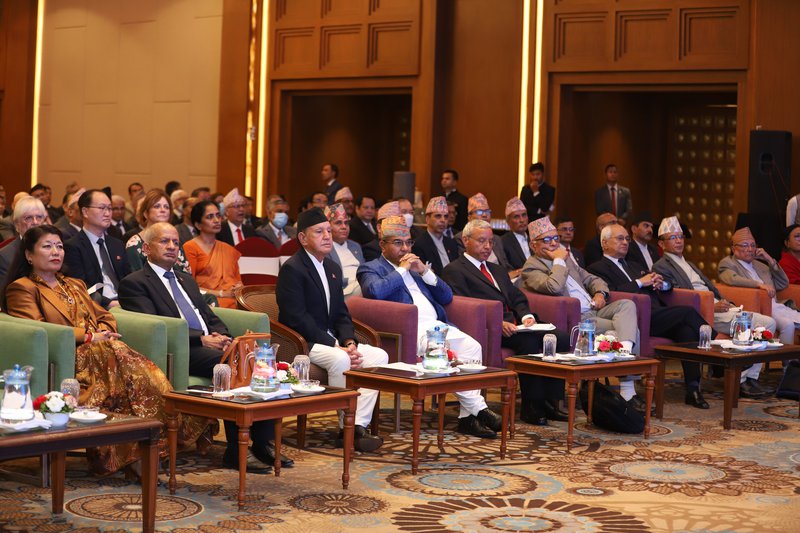 With the assumption of the post of foreign minister by Dr. Naryan Khadaka, who is himself a scholar on Nepal-India relations and quite by well informed foreign secretary Bharat Prasad Paudyal and well capable carrier civil servant of foreign service, these two initiatives will greatly contribute to making foreign ministry as a professional institution.