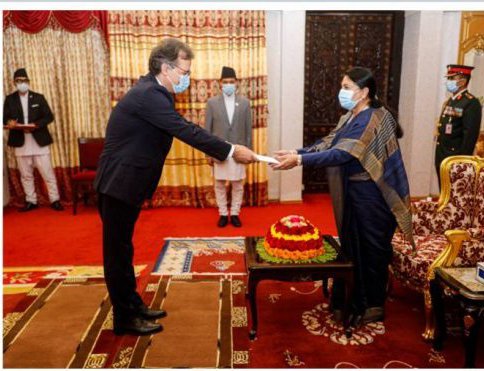 According to a press release issued by the Office of the President, the Ambassador of Chili Juan Ronaldo Angulo Monsalve, Ambassador of Jamaica Jason Keats Matthew Hall, Ambassador of Indonesia Heru Hartanto Subolo, and Ambassador of Spain Jose Maria Ridao Dominguez presented their letter of credence to the President amidst a special ceremony organized at Sital Niwas. 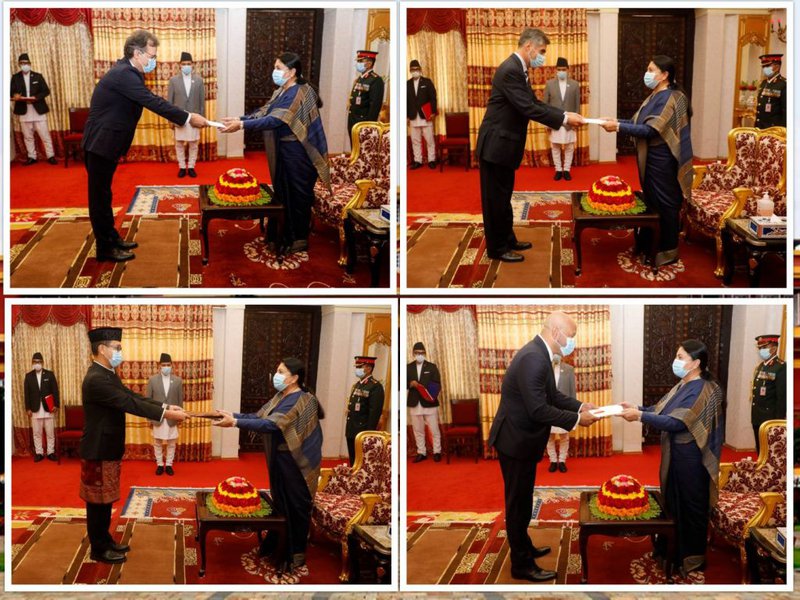 During the presentation ceremony, foreign minister Dr. Naryan Khadka and other high government officials were present.

Melamchi’s Water To Be Distributed By December 13 By Agencies 6 hours, 33 minutes ago