The Reports Are Fake, False And Intended To Damage The Government: Minister Bandhi

The Reports Are Fake, False And Intended To Damage The Government: Minister Bandhi 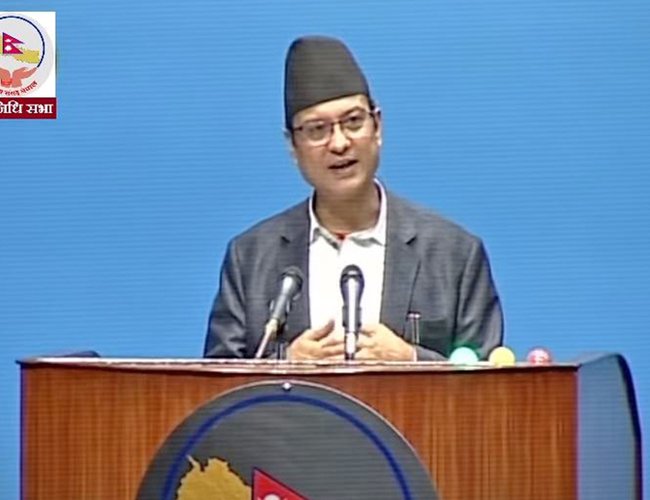 Minister of Law, Justice And Parliamentary Affairs Govinda Bandhi informed the house that the ongoing reports published in some media outlets regarding the proposal for State Partnership Program by the United States is absolutely wrong, fake and lies.

This propaganda was circulated to discredit the current government. “Nepal government has not invited any country for State Partnership Program. No country has made such offer and has placed such offer before the government.

Replying to the queries in House of Representatives raised by members of parliament, Minister said all the reports are fake, false and rumor and there is nothing truth on the Sate Partnership Program

Meantime, Minister for Foreign Affairs Dr. Narayan Khadka has said that arrangements are being made to prepare for Prime Minister Sher Bahadur Deuba’s visit to the United States of America.

Responding to the questions raised during the discussions on the Appropriation Bill in the House of Representatives on Tuesday, Minister Khadka also clarified that such visits would be made in a transparent and accountable manner and stressed that Nepal would not enter any military pact.

Talking about America’s State Partnership Programme (SPP), Khadka said that it was a mechanism developed by the United States to extend humanitarian aid during natural disasters and foster cultural exchange.