Replying a query, she said that Ministry will come out with guidelines for clean cooking and charging stations in the near future. 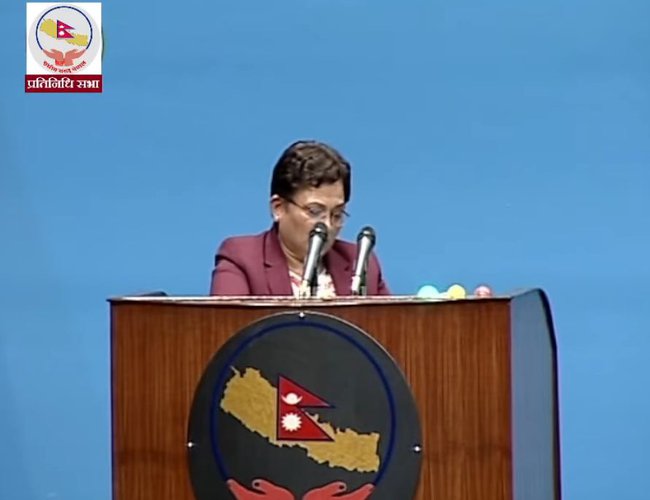 Minister of Energy, Water Resources and Irrigation Pampha Bhusal said that the government is implementing the program to replace the LPG with electricity stoves under a campaign to give up foreign gas, and connect to domestic electricity. She said that the ministry has been implementing projects to improve the distribution systems by constructing substations and transmission lines.

She also said that the ministry has already started to encourage electric vehicles to replace petroleum products. “Given the increased surplus production of electricity, Ministry is taking all necessary steps to minimize the use of petroleum products by encouraging clean hydroelectricity,” said Minister Bhusal. To increase the internal consumption, the government is also providing reliable electricity supply in industrial corridors.”

At a time when the prices have gone up in all the commodities and sectors, the tariff of electricity reduced by 20 percent in the last two years. Replying to queries raised by the members of parliament in the House of Representatives, Minister Bhusal said that NEA has been providing free-of-cost electricity to the consumer who use up to 20 units. Out of 5.2 million consumers, 2.6 million consumers are benefited from these schemes.

Minister Bhusal said that the tariff has been reduced to promote the use of electric stoves. Compared to the LPG, electric cooking is 60 percent cheaper. She said that inductions will be distributed free of cost to the students from remote areas, marginalized communities, Adibasi and Dalit communities.

She said that 25,000 households will be connected to electricity through the distribution of the Alternative Energy Promotion Center. Minister said that the center has set a target to distribute the electric stoves to 100,000 households and other clean energy technology will be expanded for clean cooking.

Kathmandu’s Waster Can Generate 342 Kilolitres Of Energy By Agencies 4 hours, 19 minutes ago

JP Morgan Warns Of $380 Oil After Price Cap On Russian Oil By Agencies 9 hours, 17 minutes ago