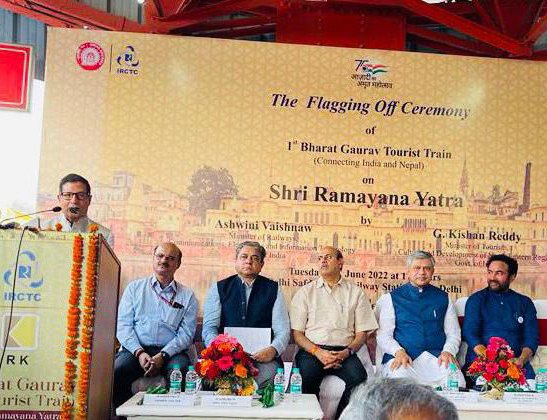 The inaugural Bharat Gaurav Tourist Train connecting destinations associated with Ramayana Circuit in India and Nepal was flagged off today from Delhi Railway Station. The train carrying 500 Indian tourists on board will arrive at Janakpur Dham station on 23 June 2022. 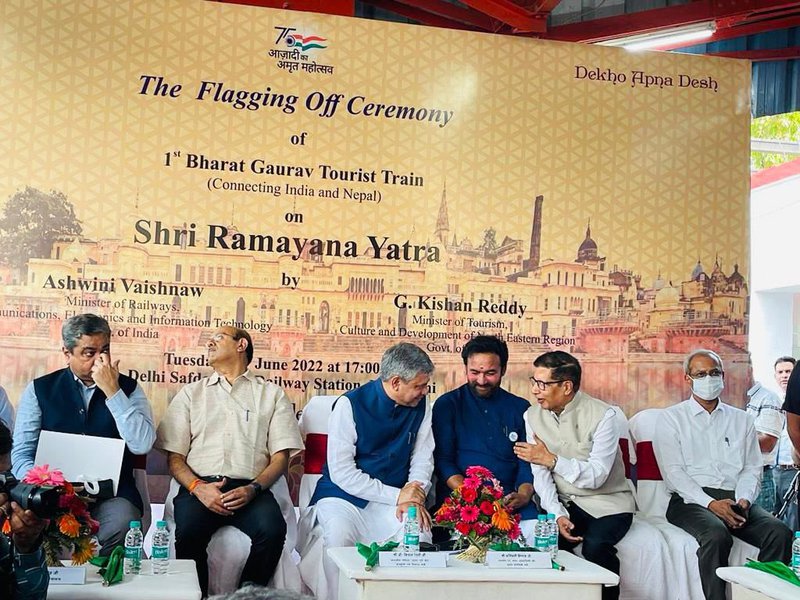 “Nepalese ambassador to India Dr. Sharnker Sharma was also present on the occasion. “Delighted to flag off the historic BharatGauravTrain on the Ramayana Circuit with Min for Tourism Minister for Railways and spoke on the importance of connecting spiritually and boosting tourism,” tweets ambassador Dr. Sharma.

IRCTC Bharat Gaurav Tourist Train will be first of its kind to cross the international borders and promote tourism in a more holistic manner. The train operating on the Ramayana Circuit will also cover the religious destination of Janakpur (Nepal) for the first time in addition to other popular destinations such as Ayodhya, Nandigram, Sitamarhui, Varanasi, Prayagraj, Chitrakoot, Panchvati (Nasik), Hampi, Rameshwaram and Bhadrachalam.

Every coach of the train has been designed as a kaleidoscope of “Pride of India– Bharat Gaurav” highlighting various facets of India such as monuments, dances, cuisines, attire, festivals, flora and fauna, Yoga, folk art and so on.

Promoting theme-based tourism and highlighting the various UNESCO World Heritage sites as well as modern architectural marvels of India, the exterior of a number of coaches are wrapped with images of structures dating from the Buddhist era, Mughal era, and modern structures like the Statute of Unity at Kewadia, Gujarat, and the National War Memorial at New Delhi. Two coaches on the IRCTC Bharat Gaurav Tourist train are exclusively dedicated to Yoga, which in recent years has been popularized throughout the world .

The train has 14 coaches and the exteriors of the some of the coaches also promote the various classical and folk dance forms, attires, popular festivals, delicacies of the country. 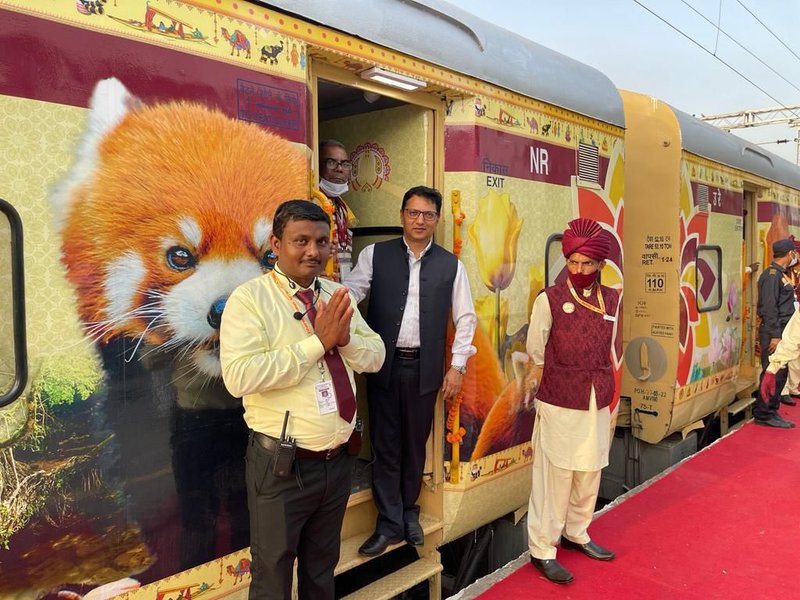 16 Day Of Activism Against Gender Based Violence By NEW SPOTLIGHT ONLINE 2 days, 2 hours ago