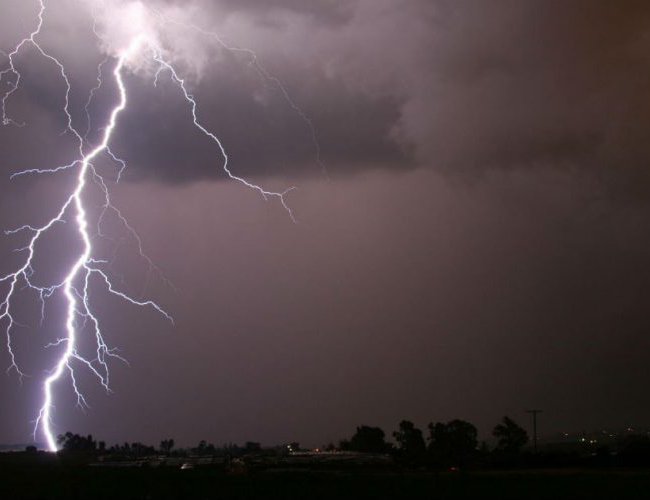 73 people have lost their lives so far to various disaster-related incidents this year.

The highest number of casualties is from lightning. Twenty-seven people have died after they were struck by thunderbolts. Similarly, 15 people have been killed in fire incidents, 10 from wildlife attacks, eight from landslides, eight from incidents caused by gusty winds, three from snakebite and two from floods.

The number of people injured due to the various incidents of disasters throughout the country from April 14, 2022, to June 19, 2022, is also high while the exact data on the losses caused to the physical properties is not yet available, it is stated.

This information was shared in an interaction programme on 'Role of Communication in Early Warning System' organised for journalists by the Disaster Preparedness Network- Nepal (DPNet-Nepal).

Former vice-chancellor of Nepal Academy of Science and Technology (NAST) Prof Dr Jeevraj Pokharel stressed the need of adopting indigenous technology for disaster risk reduction as the incidents of natural disasters have been escalating for some years.

He said the incidents of flood, landslide and fire can be minimized if we internalized the wise saying of Hindu philosopher Kautilya that ponds should be constructed while building cities and settlements. This would also help in the conservation of biodiversity and reduce climate change impact.

Meteorologist and DP Net's technical advisor Dr Dharam Raj Uprety said although Nepal still has to take weather-related forecasts from the Met Department of India, the short-term weather forecast of Nepal's own Department of Hydrology and Meteorology was reliable.

"It is necessary to take information related to preparedness and prior-warning about the disaster to the community level to prevent damages as there is more possibility of disasters like flood, landslide, river erosion and inundation this year compared to the previous ones as the intensity of the monsoon is going to be more this year."

According to him, it would be difficult to minimize the disaster risk until adequate knowledge of disaster is disseminated to people, effective monitoring and efficient communication is put in place and the community's capacity is built.

Former Education Minister Dr Ganga Lal Tuladhar underscored the need for collective and coordinated efforts by the local, provincial and federal governments in disaster preparedness, mitigation and prevention. He stressed the need of reaching the weather forecasting information at the community level.

DP Net-Nepal's acting chairperson Dr Raju Thapa emphasized the role of the journalists in disseminating information at the community level for the prevention and reduction of disaster risk reports RSS.