What West Seti Power Project Can Mean For India-Nepal Ties 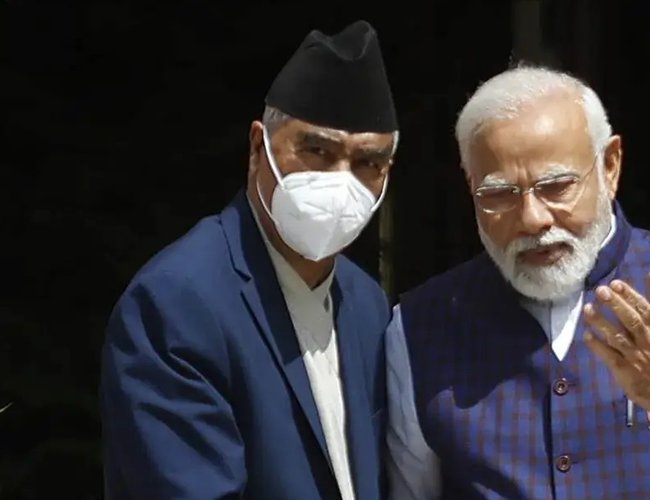 News: India’s National Hydro Power Corporation (NHPC) will be taking over the West-Seti Hydropower Project in Nepal, after China withdrew from it, ending a six-year engagement between 2012 and 2018.

The project will be a storage scheme generating power round the year. The power will be supplied to India, either for domestic consumption or for the trade through its national grid.

Why did the Chinese CWE Investment Corporation withdraw from the project in 2018?

It stated that it would not be able to execute the 750-MW West Seti Hydropower Project because it was “financially unfeasible and its resettlement and rehabilitation costs were too high”.

Why has it been given to India?

Nepal Prime Minister Sher Bahadur Deuba declared that since India was Nepal’s power market and it had a policy of not buying power from China-executed projects. Therefore, the project would be given to India.

Nepal is rich in power sources, with around 6,000 rivers and an estimated potential for 83,000 MW.

India has formally approached Nepal on many occasions, seeking preferential rights over Nepali waters. India is also viewed as a feasible market for Nepal.

What are the problems in the Nepal’s power sector?

Nepal has a massive power shortfall. It generates only around 900 MW against an installed capacity of nearly 2,000 MW.

Although Nepal is currently selling 364 MW power to India, it has over the years importing from India.

There has been some uncertainty in Nepal over India’s inability to deliver various projects on time.

(1) India has still not been able to come out with the Detailed Project Report (DPR) of the Mahakali treaty which was signed back in 1996, to produce 6,480 MW.

India is successfully executing the 900-MW Arun-III project in the eastern Nepal’s Sankhuwa Sabha. It is being executed by India’s Sutlej Vidhyut Nigam under a BOOT scheme. Its foundation was laid in 2018 and is set for completion by2023.

What are the challenges ahead?

Nepal’s Constitution has a provision under which any treaty or agreement with another country on natural resources will require Parliament’s ratification by at least a two-thirds majority.

During his first visit as PM to Nepal in 2014, Modi had said India must start executing its projects timely.

Nepal is also planning to award the 695-MW Arun Four project to the Sutlej Vidhyut Nigam, followed by the decision to award West Seti to NHPC.

At present, the India-Nepal’s relations on river water projects remained focused only in the power sector. It has to be reviewed. The projects must be made multi-purpose by expanding the scope to flood control, navigation, fisheries, irrigation contributing to agricultural growth etc. This will lead to multiple benefits on both sides

The Nepali PM Deuba has been developing friendly and “fraternal ties” with the Indian government, after worsening of relations due to standoff between Nepal and India which led to the economic blockade of 2015.

The successful execution of the West-Seti project by the NHPC, is expected to restore India’s image in Nepal. It can lead to preference of India, in future considerations for hydropower projects by Nepal.

Source: The post is based on an article “What West Seti Power project can mean for India-Nepal ties” published in the Indian Express on 20th June 2022.

No Politics And Good Voters For (Local) Development By Prof. Dr. Prem Sharma 1 day, 7 hours ago

Is Bhutan’s Economy At Risk? By Thukten Zangpo 1 day, 10 hours ago