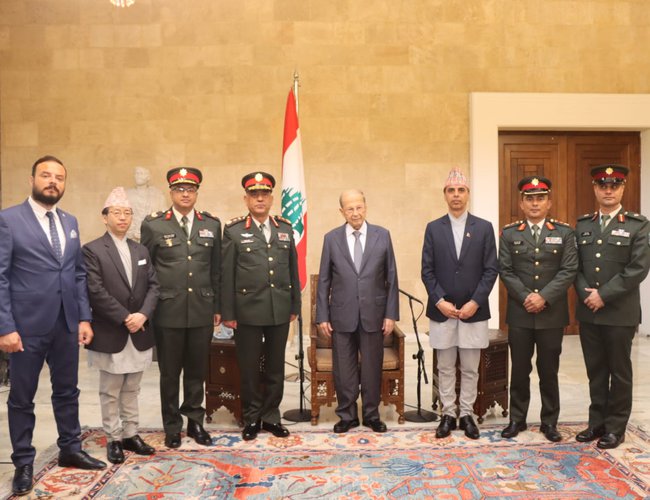 Chief of the Army Staff Prabhu Ram Sharma on Wednesday paid a courtesy call on President of Lebanon Michel Aoun. 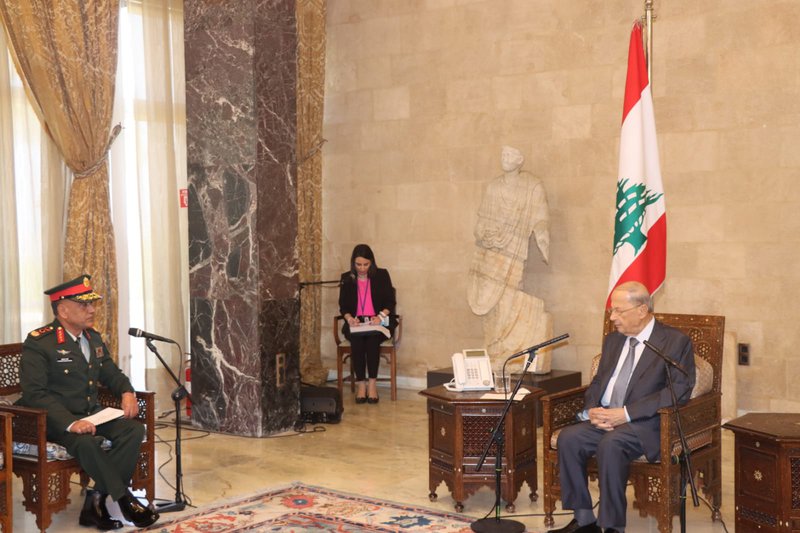 The Nepal Army chief is on a five-day official visit to Lebanon to take stock of the situation of peacekeeping missions and visit Nepali peacekeepers in Lebanon.

On the occasion, praising the Nepal Army for peacekeeping in Lebanon and for their contribution to conserving ecology and other community projects there, President Aoun said the relations between the local people and the Nepali peacekeepers were excellent.

Similarly during the meeting, the Army chief Sharma conveyed a goodwill message sent by President of Nepal Bidya Devi Bhandari to President of Lebanon Aoun and the citizens of Lebanon. He also thanked President Aoun for the support and assistance from the Government of Lebanon to Nepali peacekeepers.

Wrapping up his visit to Lebanon, the Army chief Sharma along with his delegation departed for Syria on Wednesday.

He is scheduled to embark on a visit to the United States of America after the visit to Syria. He along with his seven-member delegation team left for Lebanon on June 18 to get information about peacekeeping missions and visit Nepali peacekeeping troops in Lebanon and Syria. (RSS)