Nepal Imported LPG Worth of 59.16 Billion In Last 11 Months

Nepal Imported LPG Worth of 59.16 Billion In Last 11 Months 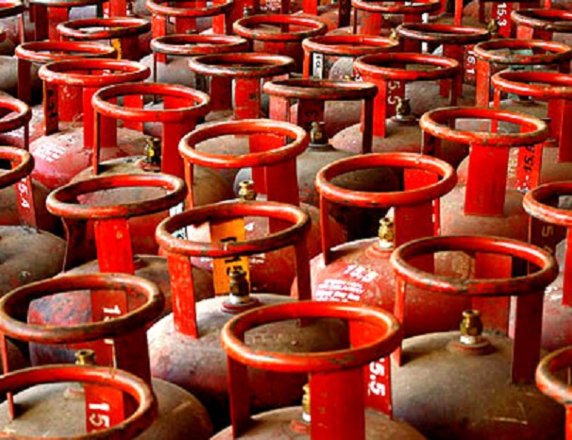 The Foreign Trade Statistics of the Department of Customs said Nepal imported petroleum products worth Rs. 281.59 billion, including diesel worth Rs. 145.21 billion, petrol of Rs. 62.91 billion, aviation fuel worth Rs. 12.88 billion and kerosene of Rs. 1.43 billion in last 11 months.

Although Nepal is known as agrarian country, Nepal is spending a huge amount to import food items. According to the statistics, Nepal imported maize worth Rs. 17.83 billion, paddy and rice worth Rs. 45.28 billion and wheat worth Rs. 5.63 billion.

The Ministry of Finance had slashed the fiscal budget to Rs. 1,546 billion from Rs. 1,632.83 billion during the mid-term review.

According to the Foreign Trade Statistics of the Department of Customs, the country’s trade deficit has increased by 25 per cent to Rs. 1,577.38 billion in the first 11 months of the current fiscal year.

Low volume of export rather than rising import has resulted in a whopping trade deficit.

The import trade increased by 27.5 per cent to Rs. 1,763.22 billion during the review period, leading to the high trade deficit. In the same period of the last fiscal year, the country had imported goods worth Rs. 1,383.36 billion.

Although export trade also increased by 53.3 per cent to Rs. 185.83 billion during the first 11 months (mid-July 2021 to mid-June 2022) of the current fiscal year, the trade deficit has increased due to lower volume of export than import.

With the increase in exports, its contribution to total trade still reached only 9.53 per cent during the review period while the share of import is 90.47 per cent.

During the review period, the country imported crude soybean oil worth Rs. 53.25 billion, palm oil worth Rs. 36.59 billion and sunflower worth Rs. 17.71 billion.

According to the statistics, soybean oil worth Rs. 46.58 billion and palm oil worth Rs. 39.1 billion were exported in the last 11 months of the current fiscal year.

Kathmandu’s Waster Can Generate 342 Kilolitres Of Energy By Agencies 4 hours, 24 minutes ago

JP Morgan Warns Of $380 Oil After Price Cap On Russian Oil By Agencies 9 hours, 22 minutes ago