Chaturmas Starts From Today: Its Importance And Significant

Chaturmas Starts From Today: Its Importance And Significant 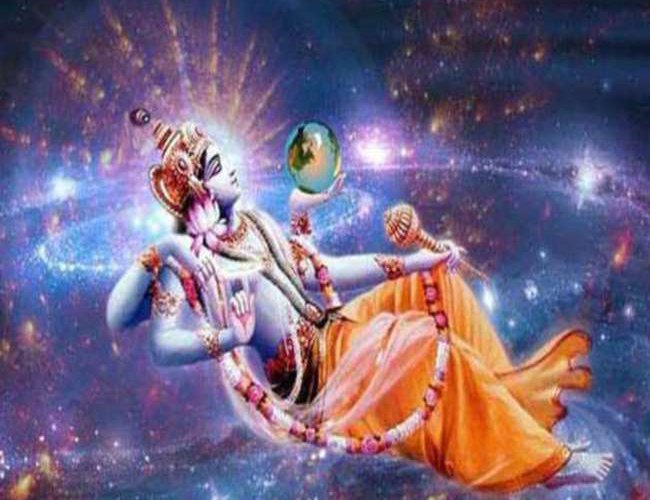 Chaturmas is reserved period of the year for penance, austerities, fasting, bathing in holy rivers and religious observances for all. Devotees resolve to observe some form of vow, be it of silence or abstaining from a favourite food item, or having only a single meal in a day.Let’s explore Chaturmasya and its importance through this interesting article.

The rutus (seasons) of Varsha (monsoon), Sharad (autumn) and Hemant (winter) fall in the period of Dakshinayan (the southernly declination of the sun). In these three seasons the days of Holy festivals are relatively more, especially in the monsoons.

Due to the rains, the incidence of diseases is high, hence more attention needs to be paid to health. The Holy festivals result in occasional fasts and consumption of sattvik food, in addition to a restriction to a certain extent on outside food. According to Spirituality, lesser availability of sunlight in the rainy season increases the strength of negative energies, thereby increasing the Tama component. This increase in Tama component is harmful for us and hence, to counter that, we need to increase our Sattva component. Celebrating festivals helps in increasing the Sattva component. Also, the period of Dakshinayan is otherwise unfavourable from sattvikta point of view. Hence, in the name of Holy festivals we in fact get an opportunity of increasing sattvikta.

One year of man is equivalent to one day and night of the Deities. ‘As one travels from one dimension to another, the scale of measurement of time changes’. This has been proven by the experience of astronauts who have returned from the Moon.

Dakshinayan is the night and Uttarayan (summer solstice) is the day of Deities. On the occasion of Kark Sankrant (passage of the sun into the zodiac sign of Cancer), Uttarayan is completed and Dakshinayan, that is the night of Deities begins. Kark Sankrant falls in the month of Ashadh. Hence, Ashadh Shukla Ekadashi is called Shayani Ekadashi because it is believed that on this day the ‘Deities go to sleep’. On Kartik Shukla Ekadashi the Deities wake up from their sleep. Hence, it is referred to as Prabodhini (and also Bodhini, Devotthani) Ekadashi. Actually since Dakshinayan consists of six months, the nights of the Deities too should last for six months. However, only four months are completed till Bodhini Ekadashi. This means that the Deities wake up and begin their activities when one third of the night is still remaining.

‘While the work of ‘Nav-shrushti-nirmiti’ (Creation of new world) of Deity Brahma is going on, the Sustainer, Shrivishnu is inactive; hence the four months of Chaturmas are referred to as the Vishnushayan (sleep of Shrivishnu). It is said that at that time Shrivishnu sleeps in the Kshirsagar (Celestial ocean). Vishnushayan is celebrated on Ashadh Shukla Ekadashi while Vishnuprabodhotsav is celebrated after Kartik Shukla Ekadashi, that is on the Dwadashi (Twelfth day).

During this period of sleep of the Deities, demons become active and begin harassing humans. The scriptures say that, ‘to protect oneself from these demons each one should undertake some vrat (Vowed religious observance)’. A quote says –

Meaning : Every year during chaturmas, we should undertake some vrat otherwise we will incur the sin of samvatsarodbhav (having missed the opportunity that year).

A. Because of the rainy season during this period, the appearance of earth is different.

B. Travelling is difficult because of the peak rainy season. Hence, the custom of undertaking Chaturmasya vrat while stationed in one place became prevalent.

C. During this period, our mental state also undergoes a change. Various systems in the body, such as the digestive system, operate in a different manner. With due consideration to this fact, it has been advised that food such as tubers, brinjals, tamarind etc. be forbidden during this period.

D. The characteristic of the Chaturmasya, is performing acts which are conducive for Spirituality and avoiding those which are harmful to life.

F. Reason for a large number of festivals and vrat during Chaturmasya: During Chaturmasya, that is, the months of Shravan, Bhadrapad, Ashwin and Kartik, a greater proportion of the Tama-predominant Yama frequencies reach the earth. To be able to bear the effect of these, it is essential to increase the Sattva component in ourselves. Since festivals and vrat help increase the Sattva component, they are celebrated in larger numbers during the Chaturmasya period. In his research, Prof. Dr. WS Koeger, Gynaecologist at the Chicago Medical School, found a greater incidence of uterus related problems in women, particularly in Bharat, during the four months from July to October.

G. A vrat should be undertaken in the four months of Chaturmasya.

Several women undertake the vrat known as ‘dharne-parne’ in the Chaturmasya. In this, one should eat and fast on alternate days for four consecutive months. Many women sustain themselves on one or two types of food grains during the Chaturmasya. Many subsist on only one meal during the day. Various patterns of conduct during Chaturmasya are seen depending on the region.

Ramarchanchandrika states that Vaishnavites should get themselves branded with seals on Ashadhi and Kartik Ekadashi. (Heads of some sub sects heat seals and put their impression on others’ bodies and this is called taptamudra.) One comes across several quotes in praise of or against branding by Taptamudra. Hence, the Dharmasindhu states that one should follow these rituals according to the local norms.

Two Shilas Left For Ayodhya From Janakpurdham By Agencies 5 days, 21 hours ago