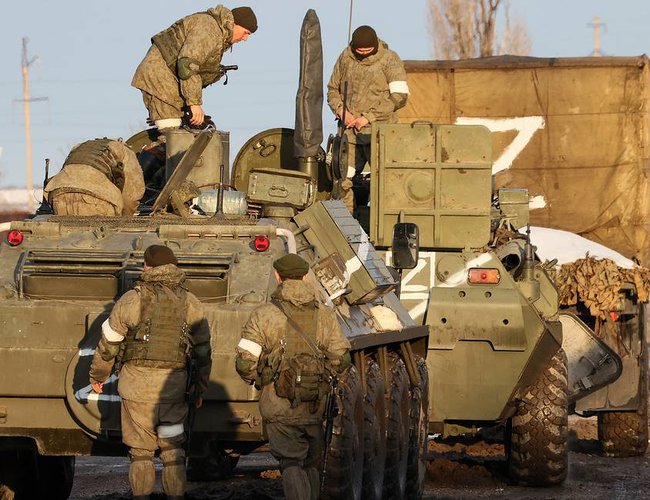 Russian forces in Ukraine have killed 180 Ukrainian soldiers and destroyed dozens of pieces of military equipment in separate attacks.

Defense officials in Moscow said on Tuesday that the strikes occurred in the eastern region of Donetsk and the Black Sea port of Odesa. They said the attack in Odesa destroyed launchers of a Harpoon anti-ship missile system provided by the US.

Ukrainian forces have attacked Russian military infrastructure as well. Officials said a strike on an ammunition depot and other supply facilities in the southern region of Kherson killed 52 people. The Russians disputed the claim and said only seven people died.

Russian President Vladimir Putin wants to shore up support to counter the military assistance from the West. He plans to meet with Iranian President Ibrahim Raisi and Turkish President Recep Tayyip Erdogan in Tehran on July 19.

US President Joe Biden is also visiting the Middle East. He says he wants to mitigate the impact of the invasion on the global supply chain. During his trip July 13-16, he will meet with counterparts from across the region and attend a summit with Arab leaders of the Gulf Cooperation Council.