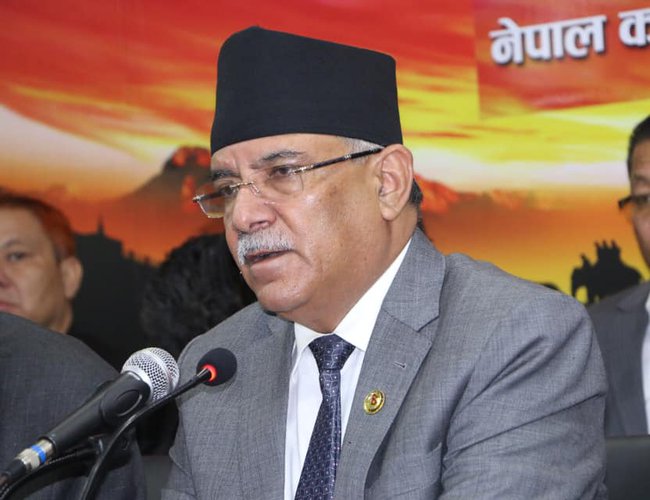 Pushpa Kamal Dahal said to have been invited in an effort to 'assess' extent of Chinese 'interference' in Nepal’s politics, and also as part of BJP push to build 'good relations' with Nepal parties reports The Print.

The chair of the Communist Party of Nepal (Maoist Centre), Pushpa Kamal Dahal or ‘Prachanda’, will be visiting India Friday on the invitation of BJP national president J.P. Nadda.

According to Vijay Chauthaiwale, in charge of BJP’s foreign affairs department, Dahal will visit the BJP headquarters in New Delhi Sunday morning.

“He [Dahal] is visiting India on the invitation of Nadda ji and will visit the party headquarters Sunday. This is part of our ‘Know BJP’ initiative as one of the aspects of this is to engage with other political parties and we want to have good relations with all political parties in Nepal,” Chauthaiwale told ThePrint.

The BJP had launched ‘Know BJP’ — an outreach initiative — on its foundation day (6 April) earlier this year.

According to sources, before his visit to the BJP HQ, Dahal will spend two days interacting with Indian leaders, including External Affairs Minister (EAM) S. Jaishankar and National Security Adviser (NSA) Ajit Doval.

“A final list of dignitaries is being prepared and will be shared soon,” said a senior BJP leader.

Dahal will likely be given a tour of the BJP headquarters and will meet other senior party leaders during his visit to India.

A former two-term Prime Minister of Nepal, Dahal is an influential communist leader who enjoys close and personal ties with political leaders in India, which has traditionally supported the ruling Nepali Congress.