India Supported The Construction Of School Building In Sidhuli

India Supported The Construction Of School Building In Sidhuli 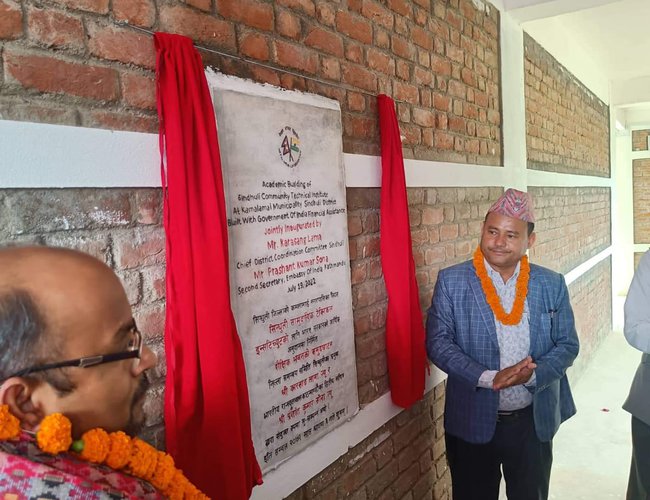 The project was undertaken with grant assistance from the Government of India at the cost of NRs.44.18 million under the India-Nepal Development Cooperation in Education Sector as a Community Development Project. This is one of the 75 projects being inaugurated this year in Nepal as part of "India@75 Azadi Ka Amrit Mahotsav" which celebrates 75 years of India’s independence.

Sindhuli Community Technical Institute was established in 2014. It is a partner institution with Council for Technical Education and Vocational Training and a joint venture with DCC and Kamalamai Municipality, Sindhuli, has been imparting Diploma in Civil Engineering and Agriculture (Animal Science) education. It also runs Bachelor in Technical Education Civil Engineering and Information Technology with the affiliation of Kathmandu University. The Institute has over 292 students, about 30% of whom are girls. The new infrastructure created for the institute in Nepal with the Government of India's assistance will provide a facility for the students for seeking a better education. 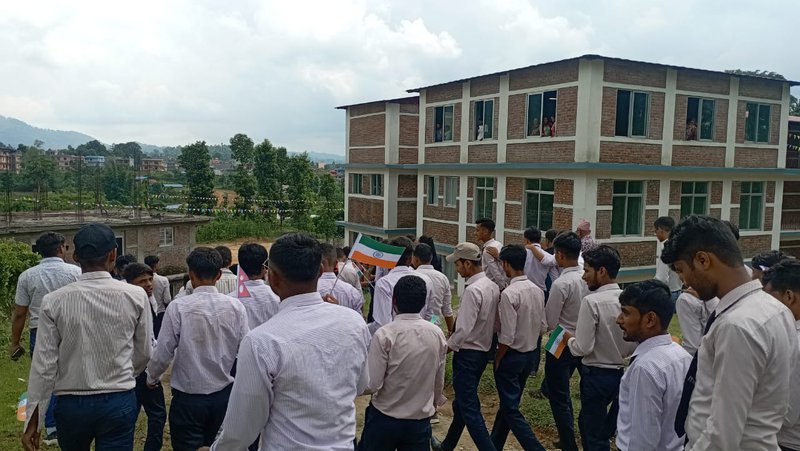 Since 2003, India has taken up over 527 High Impact Community Development Projects (HICDPs) in Nepal and has completed 470 projects in the areas of health, education, drinking water, connectivity, sanitation and creation of other public utilities across all 7 provinces of Nepal at the grassroots level. Out of this, 103 HICDPs are in Bagmati Province, including 4 projects in Sindhuli District.

India and Nepal enjoy a multi-faceted and multi-sectoral development partnership that is reflective of the closeness of the people of both countries. The implementation of this Institute project reflects the continued support of the Government of India in complementing the efforts of the Government of Nepal to create infrastructure in priority sectors like education.

Japan Government And UN-Habitat Implement The Project In Nepal, Cambodia And Sri Lanka By NEW SPOTLIGHT ONLINE 1 hour, 5 minutes ago

Incredible Opportunity To Visit Patan Durbar Square In Nepal: US Under Secretary Nuland By NEW SPOTLIGHT ONLINE 4 hours, 22 minutes ago

US Wants To Make Its Collaboration And Strong Economic Relation With Nepal: US Under-Secretary Victoria Nuland By Agencies 10 hours, 48 minutes ago