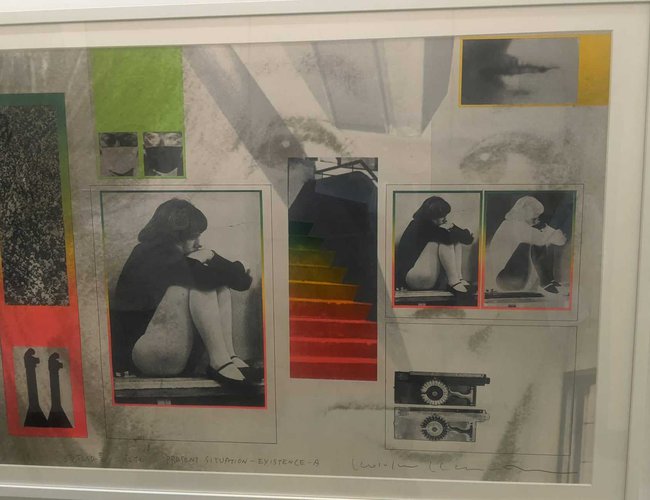 Attended by people from Art and painting sector, the exhibition will last till July 22. Inaugurating the exhibition, Charge d'Affaires Tamura Takahiro highlights the importance of this kind of exhibition.

The exhibition focuses on print expressions from the 1970s as seen in the work of 14 artists who helped develop a print movement in the world of Japanese contemporary art. The exhibition is divided into two sections: “The Age of Photographic Images,” which focuses on the use of photographic images in the print medium, and “Images of Autonomous Matter,” which focuses on works that were shaped by the intentions of matter.

Printmaking developed intensively in Japan after the end of the Second World War, reaching its peak during the 1970s, when Japanese production also rose to the very top by world standards. In 1957, the Japanese government launched the International Biennial Exhibition of Prints in Tokyo as a special feature of its postwar culture policy. Awarded the International Grand Prize in the sixth edition of the biennale in 1968, Tetsuya Noda transformed photographic portraits of his family into prints. His works were significant in that they exemplified the huge changes that were underway in prints internationally, confirmed that there were parallels between trends in contemporary prints and contemporary art, and suggested future developments in contemporary art. 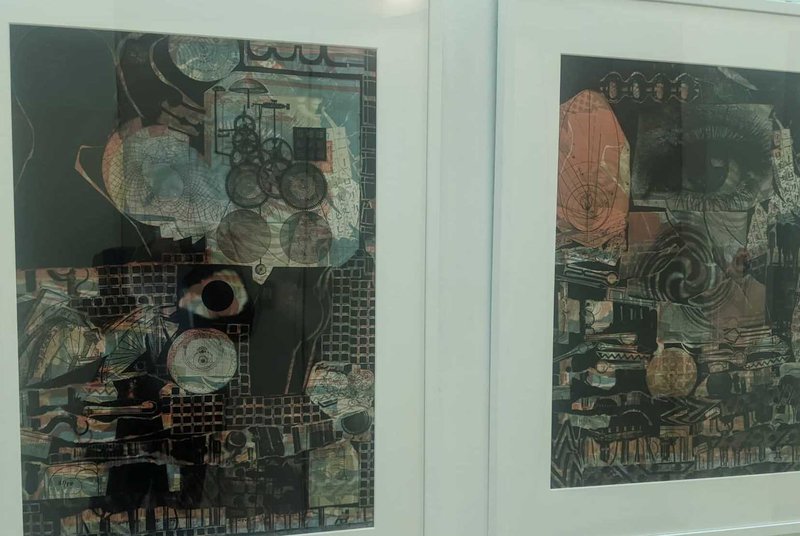 In the 1970s, there was a rapid increase in Japanese works that adopted Noda’s method of converting photographs into prints. The era also saw the rise of works that placed special importance on allowing the materials (matter) used in printmaking (print blocks, paper, ink, etc.) to speak for themselves, which was lauded as a new trend in the medium. Another significant trend was the emergence of prints with an extremely strong materiality in which the image was transformed into a material.

These autonomous expressions of photographic images and matter in the 1970s dramatically expanded the field of prints and also exerted a strong influence on trends in contemporary art. While introducing important trends in prints during the 1970s, this exhibition focuses on print-inspired trend in contemporary art of the same period. “The Age of Photographic Images” section introduces Tetsuya Noda, Kosuke Kimura, Akira Matsumoto, Satoshi Saito, Hideki Kimura, Sakumi Hagiwara, and “Images of Autonomous Matter” section introduces Jiro Takamatsu, Katsuro Yoshida, Koji Enokura, Shoichi Ida, Tatsuo Kawaguchi, Lee Ufan, Mitsuo Kano, Arinori Ichihara. It is hoped that the viewer will gain a deeper understanding of contemporary art trends of the 1970s which were triggered by the print medium.

Japan Government And UN-Habitat Implement The Project In Nepal, Cambodia And Sri Lanka By NEW SPOTLIGHT ONLINE 1 hour, 42 minutes ago

Incredible Opportunity To Visit Patan Durbar Square In Nepal: US Under Secretary Nuland By NEW SPOTLIGHT ONLINE 4 hours, 59 minutes ago

US Wants To Make Its Collaboration And Strong Economic Relation With Nepal: US Under-Secretary Victoria Nuland By Agencies 11 hours, 25 minutes ago