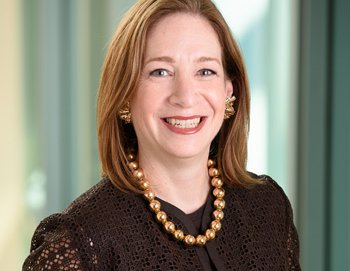 To help sustain and create jobs, improve services for people and protect small and medium sized enterprises, IFC committed about $2 billion in the South Asian region in the past fiscal year, ending June 2022, with a key focus on helping countries recover from the impacts of COVID-19.

“I am very excited to join the region and to work closely with its fantastic staff, clients and stakeholders, and look forward to building on the region’s strong history of impactful private sector engagements”, said Ruth Horowitz, IFC’s Vice President for Asia and the Pacific.

Horowitz is a global investment professional with over 30 years of experience. Most recently, she served as the Vice President of IFC’s Equity Mobilization Division – IFC Asset Management Company (AMC), which has raised over $10 billion from investors across 13 funds. Prior to joining IFC as the Chief Operating Officer and Director of AMC, Horowitz worked for Lehman Brothers.

With the impacts of the COVID-19 pandemic continuing to linger, IFC again stepped up with crucial financial support aimed at helping the region rebuild. IFC delivered $237 million in FY22 in long-term finance in COVID-response deals on top of it short-term finance to help local exporters and importers, including contributing to increased food and commodities trade. Overall, from FY20 to FY22, IFC has committed over $1 billion as part of its COVID-19 response in the region.

“With about $2 billion committed in the South Asia region in the past year, IFC’s work has enabled the private sector to deliver solutions to help people and businesses weather multiple challenges,” said IFC’s Regional Director for South Asia, Hector Gomez Ang. “The innovation and expertise of the private sector is needed now more than ever as countries build the pathways to a resilient, sustainable future.”

As with other regions, South Asia remains vulnerable to the impacts of a warming planet, conflict and geopolitical tensions, and rising global inflation. As Vice President for Asia and the Pacific, Horowitz signaled that helping countries achieve their climate goals, while meeting needs for renewable energy and sustainable infrastructure will be among key priorities going forward.

"Already soaring food, energy, and fertilizer prices, exacerbated by both the war in Ukraine and erratic weather events are threatening to reverse decades of development gains, making the task ahead even more urgent," said Horowitz. “However, the right mix of private sector innovation, public sector policy, and availability of financing can not only boost South Asia’s resilience to future shocks but also help transform the region for the better.”

“The threat the region faces in terms of the climate crisis is profound but there are also immense opportunities, underscored by the trillions of dollars in capital that’s waiting to be deployed in green investments. IFC is uniquely placed to work with the private sector to identify solutions that not only help decarbonize economies but also meet the pressing development challenges facing this region. I look forward to strengthening and developing new partnerships in taking on this exciting role across the Asia Pacific region.”

IFC’s investments in India focused on sustainability, green affordable housing, and health care while supporting smaller businesses for future resilience, underlining the synergy between climate and development. As an example of climate-focused support, IFC partnered with Tabreed, Abu Dhabi’s National Central Cooling Company to expand district cooling in India— to help the country meet its climate goals by significantly lowering energy consumption for space cooling. To help India cut its greenhouse gas emissions and meet its national targets, IFC also provided financing for a 300 MW solar power project in Rajasthan, worth a total of $200 million. The project is being developed by a subsidiary of Enel Green Power S.p,A., one of the largest renewable energy developers in the world.

In Bangladesh, IFC made investments in the readymade garments sector and in infrastructure to bolster logistics and financial inclusion.

In Nepal, IFC prioritized better access to finance for micro, small and medium sized enterprises, and households via a planned multi-million-dollar strategy.

In Sri Lanka, IFC stepped up its support for the country in FY22, with the latest deal, a $150 million funding package to Dialog Axiata PLC, to expand and improve broadband connectivity in the country.