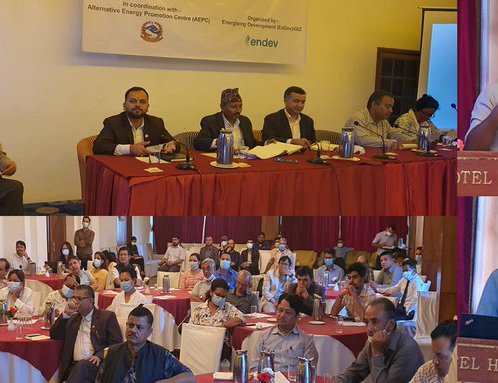 For almost a year, the Minister of Energy, Water Resources and Irrigation Pampha Bhusal has been harping a slogan to replace LPG with electric cooking. The statement delivered by government officials from concerned ministries, Nepal Electricity Authority and the private sector showed that there is nothing more than confusion, contradictions and lack of preparedness.

Jointly organized by GIZ’s EnDev Nepal and Alternative Energy Promotion Center and participated by different stakeholders, the half-day penal discussion showed that the issues of electric cooking and replacing the LPG is merely a political slogan.

Although Minister of Finance Janardan Sharma announced to allocate the budget to replace LPG with electric devices including induction, nothing has been made to implement his statement.

As the process of removing LPG from the Singh Durbar Secretariat has already started, the Ministry of Energy is yet to make Electric Cooking Guidelines to fix criteria and standards related to cooking materials.

The joint secretary of the Ministry of Energy Madhu Bhetuwal said that the process of making guidelines for electric cooking is yet to start. He said that making a guideline requires time.”

At a time when 90 percent of consumers of NEA still use 5 empire meters, it is not possible to expand electric cooking in a mood to replace the LPG. Along with meters, the house wiring, distribution system and transformer also need to upgrade. 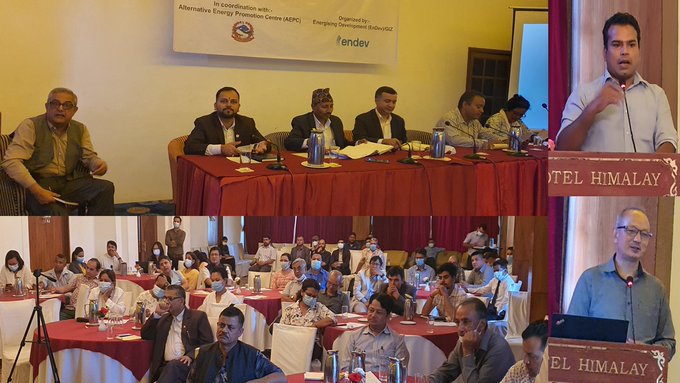 “Given the current system, it is not possible to widely use the electricity for cooking. In the last few years, household electricity consumption has been increasing and electricity supply is also now reliable. However, it is too early to see a drastic change,” said the head of NEA’s Community Electricity Diviosn.

Nawa Raj Dhakal Deputy Executive Director, of Alternative Energy Promotion Center, holds the view that there needs to fix the standard of induction to be used at the household level.

Dhakal said that the induction available in the market currently doesn’t have any certification of quality. The use of low-quality induction and electric devices may create problems.

AEPC has recently canceled a tender of purchasing over 3000 induction due to the issue of quality. The users of induction are facing problems due to the low quality of induction supply in the market.

“The intensive panel discussion between electricity officials, market players & activists on difficulties in promoting electric cooking in Nepal,” tweets Pragya Dipak Gyawali. “Argued for *technology localization *monitoring not by sales of ind_cookers but how much LPG MegaJoules displaced by hydro kWh.”

National Association of Community Electricity Users Nepal holds the view that there needs to provide free meters to replace the current 5 empire meters from all its members to start electric cooking.

Accelerated the campaigns of electric cooking following the major global energy crisis in May, it is now gradually disappearing turning into merely a political slogan.