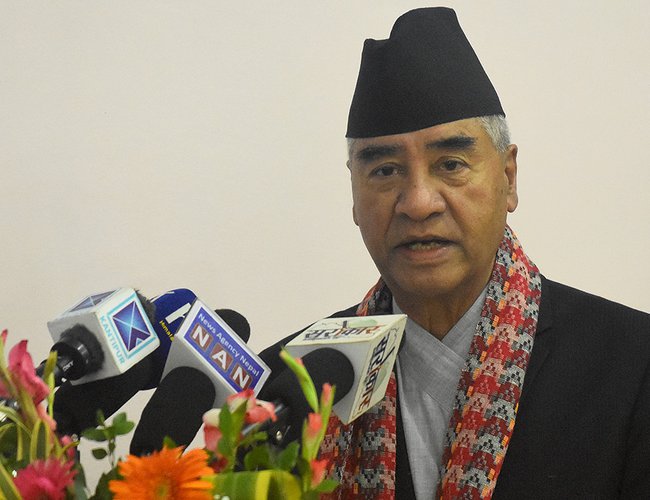 Addressing the signing ceremony of a memorandum of understanding between the Investment Board Nepal and the Indian company NHPC in the capital, Prime Minister Deuba said all kinds of support will be provided from the government for the project development as it is making maximum efforts to create an investment-friendly environment in the country. He also urged the relevant agencies to complete the project on time, which has been in discussion for 40 years.

Prime Minister Deuba recalled his visit to India last April where important agreement was between the two countries on the exchange of cooperation in the energy sector. He also shared that there was an important discussion on the development of this project during the visit of Indian Prime Minister Narendra Modi to Lumbini.

He said that the Indian market is now open for electricity trade and exports have started, while expressing his belief that it would expand in the days to come.

In the presence of Prime Minister Deuba, the MoU was signed between Sushil Bhatt, Chief Executive Officer of Investment Board Nepal and AK Singh, CMD of Indian company NHPC.