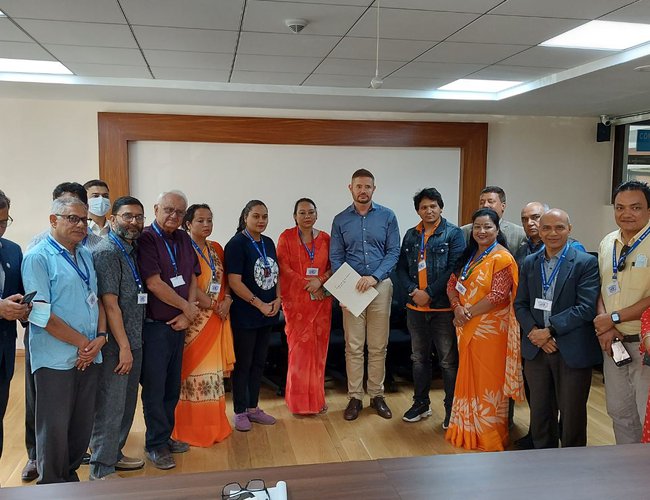 “We the undersigned individuals and organizations write this note to alert you as Secretary-General of the United Nations, with responsibility also on human rights and accountability for international crimes, about the multiple flaws in the transitional justice amendment bill that has been placed before Parliament by the Government of Nepal. We copy this letter to the Michelle Bachelet Jeria, UN High Commissioner for Human Rights,” writes letter.

In the signed letter, 20 prominent rights activists and conflict victims alerted UN Secretary General seeking his support to protect the rights of victims. They also CC the letter to Office of the UN High Commissioner for Human Rights

Details of the letter

We the undersigned individuals and organizations write this note to alert you as Secretary-General of the United Nations, with responsibility also on human rights and accountability for international crimes, about the multiple flaws in the transitional justice amendment bill that has been placed before Parliament by the Government of Nepal. We copy this letter to the Michelle Bachelet Jeria, UN High Commissioner for Human Rights.

Mr. Secretary-General, we seek your good offices to press upon the Government and political parties represented in Parliament to ensure necessary amendment of provisions that undermine victims’ right to effective remedies and open the door to impunity for those involved in gross violations of human rights and serious violations of international humanitarian law.

We are of the view that the bill, which the Government wants to push through Parliament on ‘fast track’, is perpetrator-friendly. It seeks to suppress the legitimate demands of victims of Nepal’s conflict (1996-2006) for justice, and would open up the possibility of recurrence of such violent conflicts in the future.

Mr. Secretary-General, the United Nations has been a meaningful partner of the Nepali people as they emerged from the conflict, joining the rest of the international community in promoting the transitional justice process in post-conflict Nepal. The UN’s OHCHR monitored and investigated gross violations of human rights and abuses committed by the warring parties, and UNMIN was involved during the initial phase of the peace process.

OHCHR’s landmark ‘Nepal Conflict Report’, published a decade ago in October 2012, awaits action on several recommendations including investigation and prosecution of gross violations of human rights and serious violations of international humanitarian law. The cases and data in the Report were derived from the Transitional Justice Reference Archive, a database of more than 30,000 documents and cases relevant to the armed conflict.

While we await the UN Secretariat and OHCHR to react to the bill, we are perplexed by the lack of substantive action by UN Special Rapporteurs, Special Representatives and Working Groups under the following thematic mandates which are all relevant to our transitional justice process: Promotion of truth, justice, reparation and guarantees of non-recurrence; children and armed conflict; arbitrary detention; enforced or involuntary disappearances; extrajudicial, summary or arbitrary executions; human rights defenders; human rights of internally displaced persons; torture and other cruel, inhuman or degrading treatment or punishment; and violence against women.

Nepal’s victims of conflict as well as the human rights community are of the view that the transitional justice bill does not amend the original law as per the orders issued by the Supreme Court starting eight years ago. At that time, the Court had ruled against amnesty for gross violations and international crimes, against coercing victims to mediate with perpetrators, and sought to ensure victims’ rights to effective remedies. Going against the letter and spirit of the Supreme Court judgement, and in contravention of international principles and practice, the amendment bill is designed to provide de facto immunity to perpetrators of both sides (Maoists and state security personnel).

Among the long list of faulty provisions, the bill seeks to differentiate between murder and torture done ‘in the normal course’ and carried out with cruelty. The cases of extreme cruelty are to be tried in a Special Court, to which there would be no appeal. The investigation mandate is given solely to the Truth and Reconciliation Commission, the mechanism envisioned for the truth-seeking. The Attorney General’s office is limited to six months after receipt of the recommendations from TRC to decide whether to prosecute or not, even as the prosecutors are explicitly directed to seek reduced sentencing, without any power of investigation where necessary. The bill repeats the same dictate on reduced sentencing for the future Special Court. 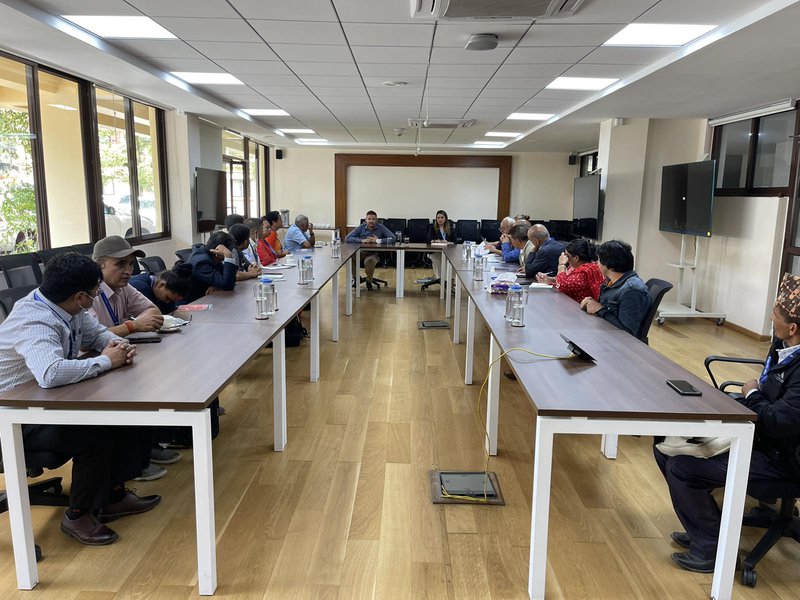 In the case of internationally recognised atrocities such as war crimes and crimes against humanity, the provisions provide for the perpetrators seeking forgiveness and victims providing amnesty. While the victims have the right to reparation, no standing mechanism is provided for implementing this right. Although the victim’s free consent is required for individual reconciliation and amnesty, the bill offers no possibility of bringing those cases to investigation and prosecution if victims refuse to consider amnesty and reconciliation. Further, the drafters of the bill have willingly disregarded the volume of monetary, psychological, social, familial and physical pressure that perpetrators will bring to bear – with their political clout as well as institutional strength – on victims and their families to try and force amnesty.

Mr. Secretary-General, the United Nations has held high the principle of non-use of children in armed conflict, and has documented and monitored the use of children in the case of Nepal’s ten-year conflict. The UN was alert to the Maoist leadership trying to include nearly 3000 minors in its roster of combatants, which UNMIN refused to accept. In an unprecedented action, on 16 June 2010, the Special Representative of the Secretary-General for Children and Armed Conflict, with the help of UNICEF, presented a female child soldier from Nepal in the Security Council chamber to share her grim experiences.

With such clarity on the matter of use of child combatants in relation to Nepal’s conflict, we are surprised at the silence thus far of the various bodies of the United Nations regarding the amendment bill in general, and to the fact that it contains no reference at all to child combatants.

Mr. Secretary-General, Nepali society is capable of developing a just, humane and realistic transitional justice process, one that will be exemplary at the international level. This is also why we hope that the United Nations will remain engaged on the matter. Thus far, the process in Nepal has been delayed, but the bill before Parliament is designed to derail it. This is why we insist that the bill should only be adopted after addressing all the flaws as listed in papers submitted by the victims and human rights community.

We draw your attention to the fact that in all of South Asia, at present, it is only in Nepal that ‘transitional justice’ is sought to be implemented. A successful denouement would be a good starting point for neighbouring societies as well, and serve as a fine example internationally.

In conclusion, Mr. Secretary-General, we seek your good offices to impress upon the Government of Nepal as well as Nepal’s Members of Parliament of the faults that are inherent in the transitional justice amendment bill, and to seek amendment as recommended by victims of conflict and human rights defenders.