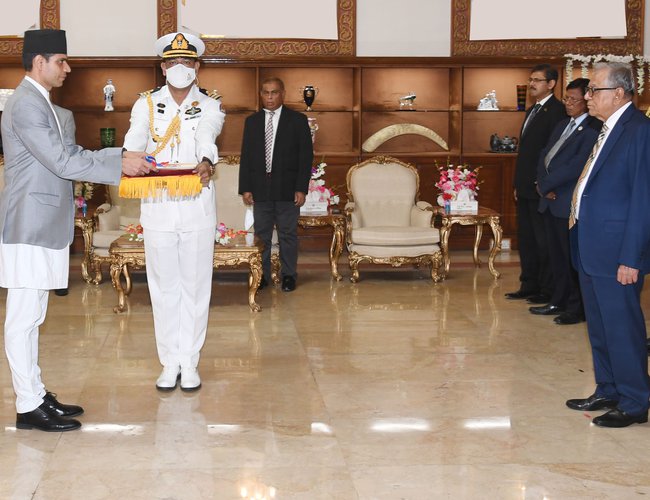 Ambassador Ghanshyam Bhandari presented his ‘Letters of Credence’ to Md. Abdul Hamid, President of the People’s Republic of Bangladesh, amidst a special ceremony held at the President’s Office in Dhaka this afternoon. 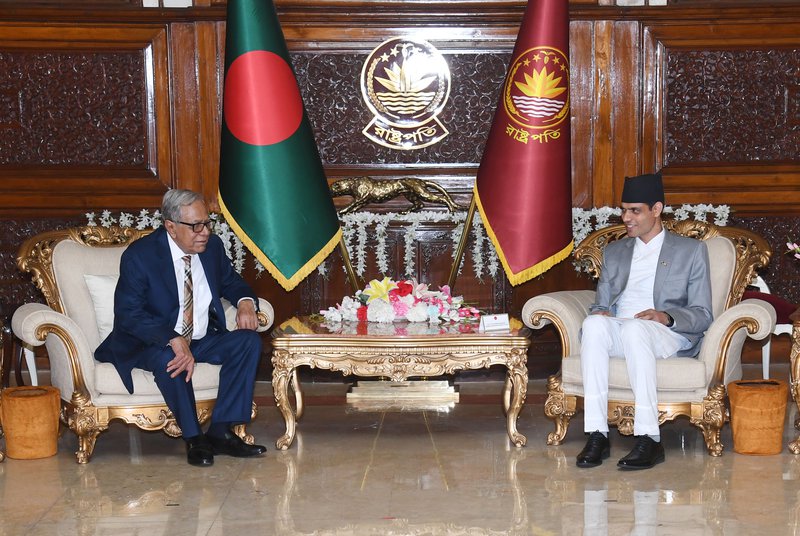 The Ambassador stated that the bilateral cooperation between Nepal and Bangladesh was growing steadily in the fields such as trade, energy, education, tourism, and people-to-people contacts, among others. He further expressed his commitment to work toward enhancing Nepal-Bangladesh ties during his tenure.

President recalled that Nepal was one of the first countries to recognize Bangladesh after its liberation war in 1971 and expressed satisfaction over the state of excellent relations existing between the two countries since then. Sharing fond memories of his visit to Nepal in November 2019 and that of the visit of Rt. Hon. President of Nepal to Bangladesh in March 2021, said that there was tremendous potential for a stronger economic partnership for the mutual benefit of the two countries. 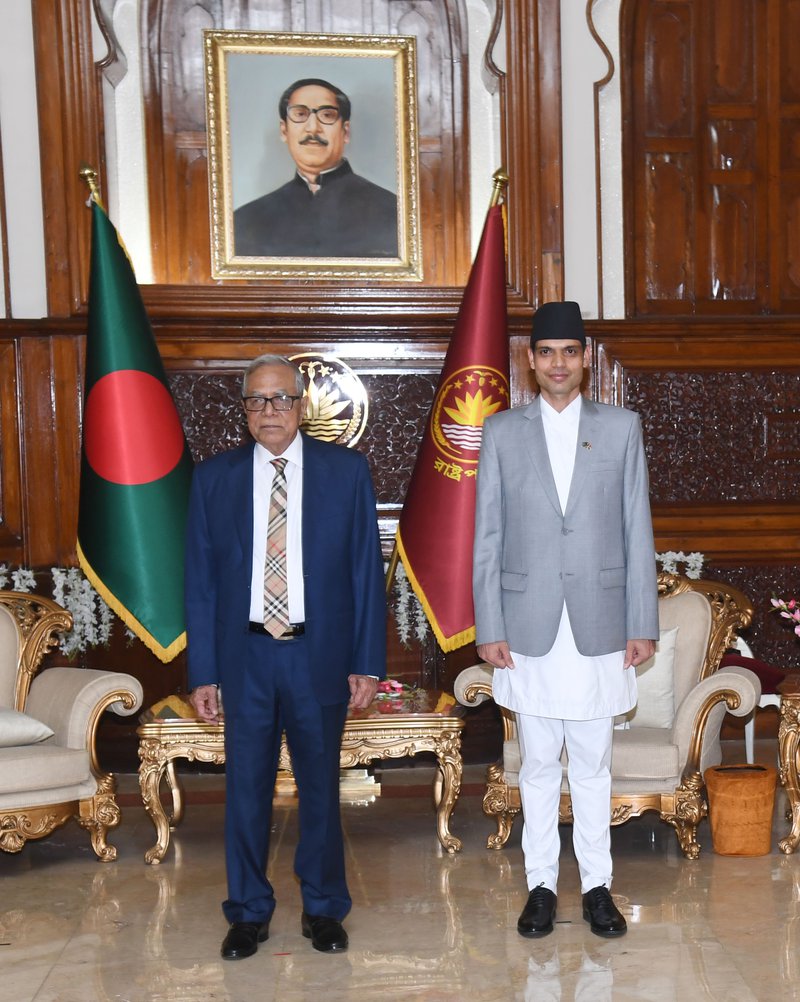 Acting Foreign Secretary and Senior Officials from the President’s Office and Ministry of Foreign Affairs of Bangladesh were present on the occasion.