Impeachment Motion Against Me Is A Political Vendetta: Suspended Chief Justice Rana

Impeachment Motion Against Me Is A Political Vendetta: Suspended Chief Justice Rana 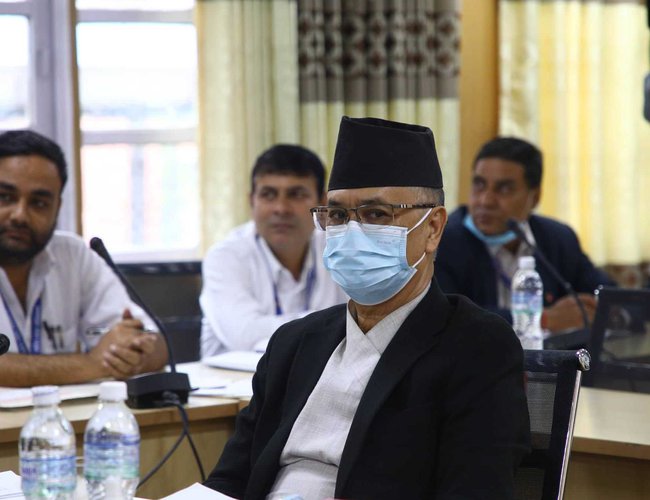 Replying to the queries of the Federal Parliament, Impeachment Recommendation Committee, suspended chief Justice Rana argued how a committee provides fair justice to me when petitioners themselves are leading the committee to deliver the verdicts.

However, the committee has fixed September 4 as the new date to record the statement from suspended Chief Justice Cholendra Shumsher Rana after recording his statement on Thursday.

In the last two days, chief justice Rana claimed that he was a victim of politics. He said that leaders of ruling parties registered impeachment motions against him because he declined to obey their directives on political cases.

The committee had started taking statements from Rana on Wednesday. It has set 43 questions for this purpose. Only two issues were discussed on Thursday while four issues were covered on the first day.

Committee member Rekha Sharma said suspended Chief Justice Rana made his concerns on the neutrality of the committee members and parliamentarians themselves.

Rana was of the view that how such a committee could be neutral as the lawmakers filing an impeachment motion against him are in the Impeachment Recommendation Committee.

While recording his statement, suspended CJ Rana claimed that the allegations against him were one-sided and he was innocent.

A meeting of the committee held on August 24 had decided to call the suspended chief justice for recording his statement. Ninety-eight lawmakers from the House of Representatives had registered an impeachment proposal against Rana on February 13.

Although the parliament formed the Impeachment Recommendation Committee its first meeting was held on August 17.